A fascinating 'What if...', by Dominic Selwood. However, I have one disagreement with his extrapolation. he says,


Even if Henry had not detonated the Reformation under English society, the religious landscape would nevertheless look vastly different today. Europe has become a more global and areligious place, with traditional faith in steady decline....


Protestantism is not only guilty of the evils which its establishment caused. It is anti-sovereign in nature, it is essentially rebellious, it is a mortal enemy of all national reason: everywhere it substitutes individual reason, that is to say, it destroys everything,...

including nationality, culture, and religion, leading directly to the anti-Christian, state of England and Europe today. In fact, 'traditional faith' is not in steady decline in Europe. Traditional Christianity is. With the corrosive poison of protestantism eating away at Græco-Roman Catholic culture for 500 years, it is not surprising at all that society is losing its sanity. However, traditional Christianity is being replaced by traditional Islam, as the Chevalier discusses in this video.

Without the added impetus of English support, especially that of Elizabeth I and her ministers, Catholicism might very well have triumphed in northwestern Europe as it did in France and Poland, which would have given an entirely different look to a Catholic England today. 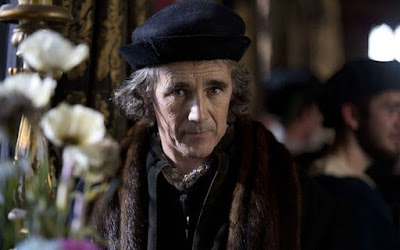 If the English Reformation had never happened our cathedrals would blaze with colour, our monasteries would house the homeless and our nation would be less gloomy