Governments and Courts Are Turning Parenting Into an Orwellian Nightmare

With the Alfie Evans case in the news, this essay is quite timely. It details the fascistic 'nanny State's' attacks on the natural family, attempting to strip it of its God given rights, outlined in the Charter of the Rights of the Family, which was 'Presented by the Holy See to all persons, institutions and authorities concerned with the mission of the family in today's world October 22, 1983'. 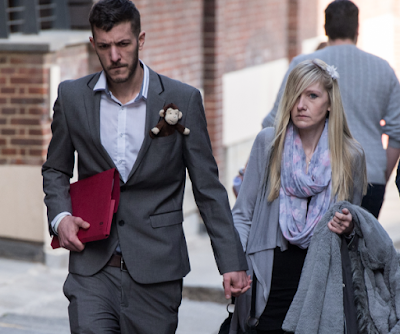 
The state is increasingly taking charge of our children’s values, their gender ‘choices’, and even whether they should live or die
It is hardly controversial to say that the institution of the family is in crisis. Fewer and fewer people are getting married, in or out of the Church. Fertility rates have been in freefall for 50 years. Nearly a quarter of families in Britain are single-parent, with nearly half of these living in poverty. By almost every metric you can use, the family, which is the essential mechanism by which our cultural and social DNA is passed on, is in decline.
As there is abundant evidence for the massive social and economic cost of familial decline, you might think that the state would be eager to do what it could to shore up what is left of our family life.
You would be wrong. Across Western countries, families that have managed to buck the trend of our atomised secular society are under active assault from governments and courts. Indeed, with the extended family having been effectively killed off as a social force more than a generation ago, the concepts of the nuclear family and parenthood are now under open attack.
As the state has grown to fill the spaces formerly occupied by the family, it has assumed an absolute authority over parents and children which is genuinely chilling. In this country, it is now an offence to take a child on holiday during term time without permission: for 38 weeks a year, the state, not the parent, is the final arbiter of where a child may or may not go.
In Scotland, the infamous Named Person scheme, in which every child is to have a government employee designated to track their progress and assess their family life, continues to advance despite opposition and delays. Supporters of the plan dress it up in the cloying language of “caring government” but cannot conceal the basic premise that parents are a suspect class who need constant monitoring.
South of the border, it has broadly escaped public notice that already parental rights exist only under government sufferance. The UK’s Supreme Court has ruled that in any significant dispute about what is in a child’s best interest, the child must have an “independent” (meaning state-appointed) voice. This interpretation of the 1989 Children Act, which was meant to safeguard the interests of children when parents disagreed, has been broadened to include disagreements between unified parents and other authorities, be they educational, medical, or governmental. As the tragic cases of Charlie Gard and Alfie Evans have shown, the results are a matter of life and death.
It is somewhat encouraging to hear the current Education Secretary, Damian Hinds, affirm the “established right” of parents to remove children from sex and relationship classes in schools. But the plans of his immediate predecessor, Justine Greening, made it abundantly clear that this “right” exists at the pleasure of ministers. It is only a matter of time before a local authority or headteacher brings an action against parents “in the best interests of the child” to make them attend classes in which they can be taught the co-equal value of same-sex relationships, the mutability of gender and legitimacy of abortion.
In America recently, a court ordered the removal of a teenage girl from her parents because they would not support her in “transitioning” to become a boy. In this country, the legal mechanisms are already in place to ensure that when such a case comes before a UK court, the outcome will not be in doubt. When (God forbid) a doctor diagnoses a British child as “trans”, parents can be taken to court by medical authorities to make sure the child receives “treatment”.
If, as in the case of Charlie Gard, courts will support doctors in ending the lives of children against the tearful pleas of parents, is there any question that they will side with doctors in ordering “gender reassignment therapy” if asked? Indeed, when you consider how quickly any criticism of the gender-theory agenda is being reclassified as hate speech, it may only be a matter of time before parents who reject it find themselves not just in court but in the dock too.
The breakneck speed with which the gender agenda has gone from internet joke to policy priority is dizzying. But it has been substantially enabled by decades of erosion of the family in law and society, the sum total of which has been the rejection of the basic function of a parent – to form the child.
For the whole of human history, it has been understood that parents are the first educators of their children, imparting not just knowledge but also character, faith and morals. But in our postmodern, pluralistic society, this is the very behaviour that is unacceptable. One parent’s morality is another Named Person’s hate crime. Parents are now expected to deliver their children to adulthood unmarked, ready to choose their own values, religion and identity from the range on offer.
Many parental responsibilities are, to put it starkly, becoming criminal activities. In the very near future, children will be actively encouraged to affirm their own identities, and to inform on their parents if they are not being sufficiently supportive. The Orwellian nightmare we are heading into seems increasingly unavoidable. Given the catastrophic affect it will have on Western civilisation, the question now becomes: are we braced to weather the storm?
Ed Condon is a canon lawyer and contributing editor of the Catholic Herald
Posted by Jovan-Marya Weismiller, T.O.Carm. at 12:36