The fruit of the evil, Satan serving, Bishops of England's defence of murdering Alfie. 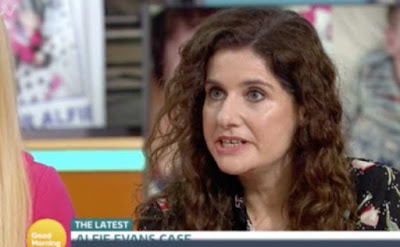 LONDON, April 27, 2018 (LifeSiteNews) – A pro-abortion journalist cited on UK national television a recent statement by some UK bishops regarding Alfie Evans to support her claim that the hospital was right in removing the toddler’s ventilation.
When show host Piers Morgan mentioned on April 24’s “Good Morning Britain” that Pope Francis supported Alfie’s parents, Hilary Freeman retorted that the English bishops had sided with the hospital.
“We have the Pope on social media making a statement saying ‘Let these parents have a say in what happens to their child’,” Morgan said.
“And yet the bishops of England and Wales have said that we should listen to the hospital doctors and they know what they’re doing,” replied Freeman. 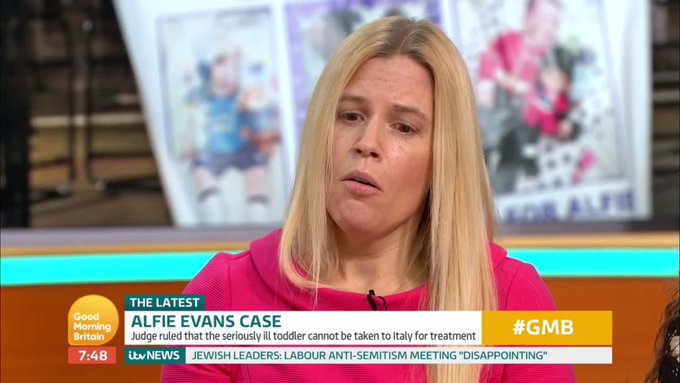 Debate: In light of the Alfie Evans case, who should have the final say over a child's life? A parent or a doctor?

Twitter Ads info and privacy
The Catholic Bishops’ Conference of England and Wales released their statement on the dispute between Alder Hey and Alfie’s parents on April 18. They gave the hospital a ringing endorsement, saying that doctors are acting “with integrity and for Alfie’s good as they see it.”
“The professionalism and care for severely ill children shown at Alder Hey Hospital is to be recognised and affirmed,” the bishops added.
Freeman later defended in the show her decision to have a second-trimester abortionwhen she discovered her child had a rare disorder, saying it was in her unborn daughter’s “best interest.”
Alfie Evans, who is just under the age of two, remains in Alder Hey hospital in Liverpool after being removed from his ventilator Monday evening. He defied doctors’ expectations by beginning to breathe on his own.
Parents Tom Evans and Kate James have been fighting every step of the way for their son to be given oxygen, food, and water. They have asked the courts to allow their son to travel to Italy for treatment, but in a series of rulings this week, the courts sided with the hospital. Courts have insisted that the hospital is acting in the boy's "best interest."
Piers Morgan has sided with the parents, saying in a tweet that Alfie is "their" child.
"At least let his parents take him home to die, for goodness sake. He’s THEIR little boy, nobody else’s," he wrote.
Not all of UK’s bishops appear to side with the hospital.
Bishop Philip Egan of Portsmouth tweeted on April 23:
“Let’s offer heartfelt prayers today for little Alfie Evans - now an Italian citizen - and his courageous parents. If there is anything at all that can be done, may the Lord enable us by His love and grace to effect it.”
Posted by Jovan-Marya Weismiller, T.O.Carm. at 13:16