A friend of mine on Facebook called His Grace out in Shakespearean invective that I envy. I simply called him a Son of Satan for doing the work of the Evil One.

Here is my email to him:

I am sickened and disgusted by your support for the child killers at Alder Hey. I will pray for your return to our Holy Catholic Faith, nay, to simple Christianity. 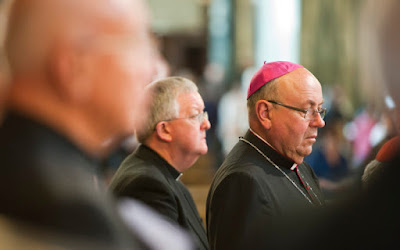 The Archbishop of Liverpool has backed Alder Hey hospital’s handling of the Alfie Evans case, saying doctors have done everything “humanly possible” to help the child.
Archbishop Malcolm McMahon was in Rome yesterday where he briefly met Pope Francis. He told the Tablet magazine that had spoken with Pope Francis about Alfie Evans.
“I was struck by his compassionate attitude to both Alfie and his parents, and he promised me he is continuing to pray for them,” he said. “I explained to him that the Catholic people of Liverpool are heartbroken for Alfie and his parents and are continuing offer support and prayers.”
Pope Francis has repeatedly offered his support and prayers for Alfie and his family. On Monday, he called for Alfie’s parents to be allowed to “seek new forms of treatment” for their child.
However, the Bishops’ Conference of England and Wales has taken a different line, praising the medical staff at Alder Hey and distancing themselves from Rome’s Bambino Gesù hospital, which has offered to take in Alfie for further treatment.
In contrast, the US Bishops’ Conference backed Pope Francis’s statement in a tweet last night:

We urge all Catholics to join the Holy Father in praying for #AlfieEvans and his family and that their desire to seek new forms of treatment may be granted. May the dignity of Alfie’s life and all human life, especially those who are most vulnerable, be respected and upheld. https://twitter.com/Pontifex/status/988496588283826177 …

Twitter Ads info and privacy
However, On Wednesday evening, the Court of Appeal upheld a High Court preventing Alfie’s parents from taking their child to the Vatican-owned Bambino Gesù hospital in Rome.
As the decision was announced, Merseyside Police, the police force for the Liverpool area, issued a message warning that it was monitoring social media posts on Alfie Evans.
Chief Inspector Chris Gibson said: “I would like to make people aware that these posts are being monitored and remind social media users that any offences including malicious communications and threatening behaviour will be investigated and where necessary will be acted upon.”
Meanwhile, Prayer vigils for Alfie Evans are also growing across the world. Supporters gathered in St Peter’s Square in Rome on Wednesday evening to pray for the infant, while crowds also gathered outside the UK consulates in Krakow, Łodz and Warsaw in Poland. 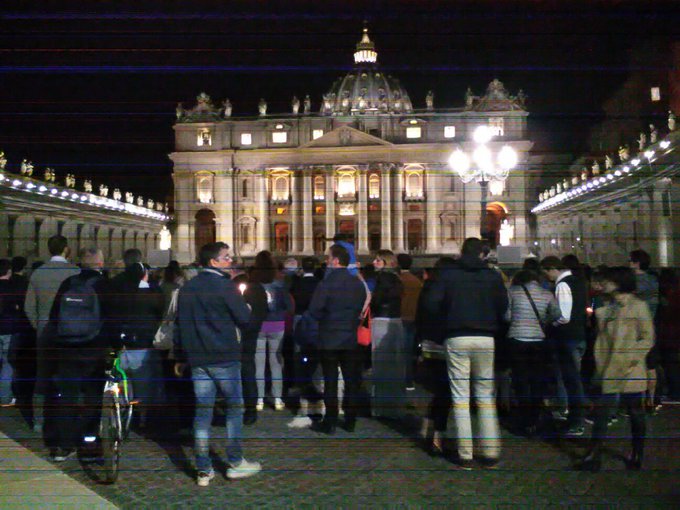 At least 200 people in St. Peter's Square for #AlfieEvans#SaveAlfieEvans#Alfie 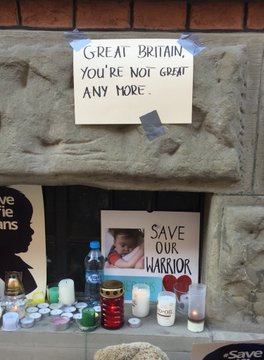 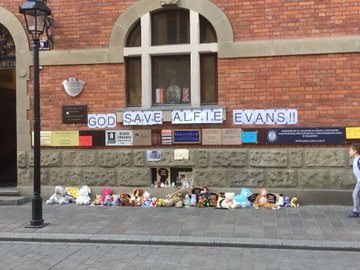 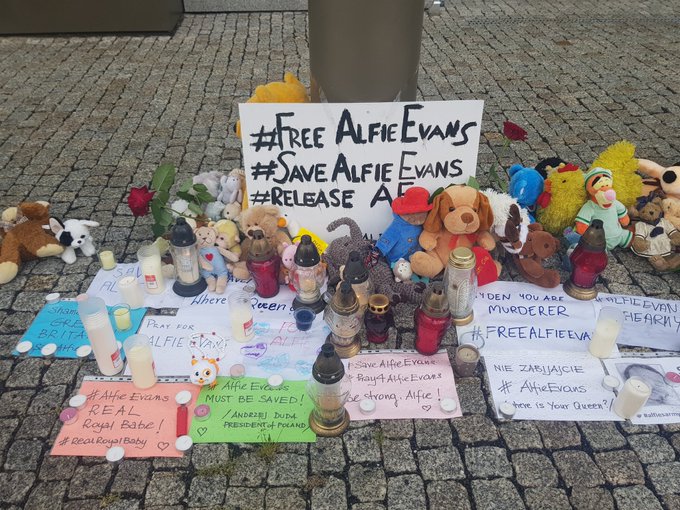 Alfie Evans, we pray for you here in Poland 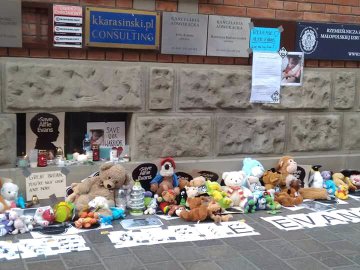 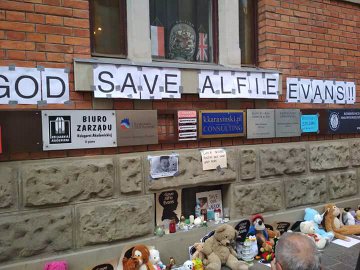 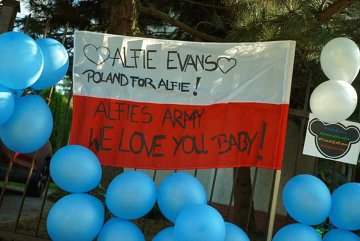 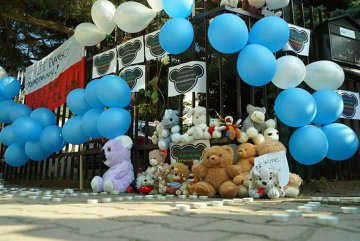 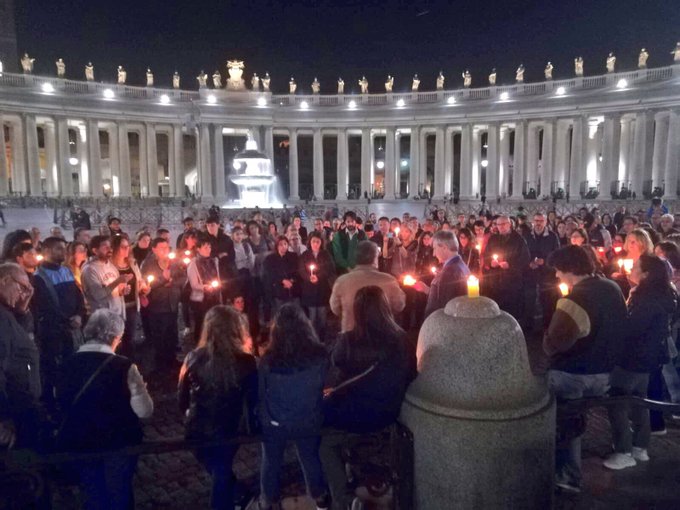