St Hubert Against the Vegetarian Nazis


St Hubert, pray for us! 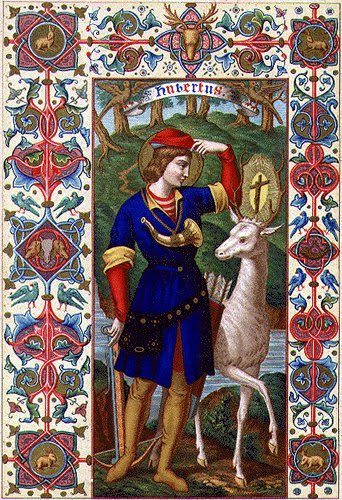 Notoriously, the odious totalitarian oppressor, heretic and mass-murderer, Adolf Hitler, was not only a vegetarian but also a teetotaller and a non-smoker.

Here is an extract from the Neugeist/Die Weisse Fahne, the German magazine of the New Thought Movement:


Do you know that your Führer is a vegetarian, and that he does not eat meat because of his general attitude toward life and his love for the world of animals? Do you know that your Führer is an exemplary friend of animals, and even as a chancellor, he is not separated from the animals he has kept for years?...The Führer is an ardent opponent of any torture of animals, in particular vivisection, and has declared to terminate those conditions...thus fulfilling his role as the saviour of animals, from continuous and nameless torments and pain.

But he had no compunction about causing humans pain, death and terrible suffering!

Hitler disapproved of cosmetics since they contained animal by-products. He frequently teased his mistress Eva Braun about her habit of wearing makeup. In his post-war reminiscence The Enigma of Hitler, Belgian SS General, and friend of Hitler, Léon Degrelle wrote:


He could not bear to eat meat, because it meant the death of a living creature. He refused to have so much as a rabbit or a trout sacrificed to provide his food. He would allow only eggs on his table, because egg-laying meant that the hen had been spared rather than killed.

He had no such tenderness of conscience over the killing of millions of souls whom he well knew were "living creatures"! 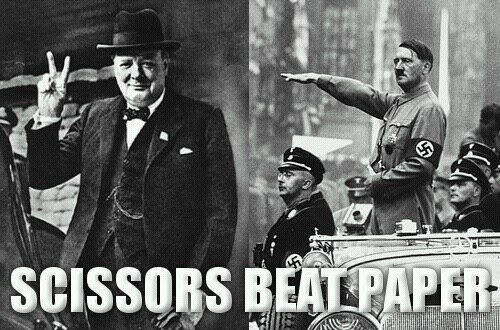 He also hated his native Austria-Hungary and its aristocracy and ruling Habsburg dynasty as is evident from this infamous book, Mein Kampf, in which he writes:

"Did we not know, even as little boys, that this Austrian state had and could have no love for us Germans?

Our historical knowledge of the works of the House of Habsburg was reinforced by our daily experience. In the north and south the poison of foreign nations gnawed at the body of our nationality, and even Vienna was visibly becoming more and more of an un-German city...

In the course of this book I shall have occasion to take up this problem at length. Here it suffices to state that even in my earliest youth I came to the basic insight which never left me, but Only became more profound:

That Germanism could be safeguarded only by the destruction of Austria, and, furthermore, that national sentiment is in no sense Identical with dynastic patriotism; that above all the House of Habsburg was destined to be the misfortune of the German nation."

So much for the Pan-Germanist, Socialist, vegetarian, non-smoking, teetotalling, anti-Habsburg, racist, murderer Adolf Hitler. See what a danger such fanatics are?

He also hated, in equal measure, both hunting and the aristocrats who had, traditionally, engaged in the chase. He called the aristocrats, the "Purple International" and designated them an enemy of the Nazi state.

HIRH the Archduke Franz Ferdinand of Austria-Este was possessed of a just, humane and civilised mind, was a good father and husband, and a wise ruler who intended to bring in a Federal constitution for the people of Austria-Hungary when he became Emperor but he was assassinated, together with his pregnant wife, Archduchess Sophie, by a Serbian fanatic who thought his Socialist nationalist ideas more important than human life.

The Archduke was fond of the chase and a great hunter, as well as a devout and faithful Catholic.

The fanatics who sought his life were also responsible for the greatest mass slaughter of human life in history until that time - the First World War.
Hunt game, not humans!
Posted by Jovan-Marya Weismiller, T.O.Carm. at 16:51