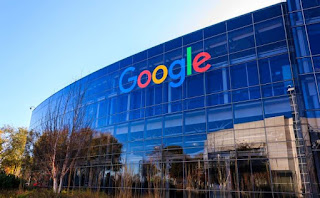 MOUNTAIN VIEW, California, January 12, 2018 (LifeSiteNews) – The world’s most popular internet tool appears to be not only targeting conservative sites for criticism, but it has been caught bungling the “facts” it refutes.
Search engine and social media giant Google has added a new feature offering outside evaluations of news reporting.
All well and good — everyone believes in honest journalism — except Google’s highlighted “fact-checking” appears to only target conservative news media, not liberal ones. Worse, Google creates fact “claims” it attributes to sites which those sites never made. Furthermore, Google uses liberal “fact-checkers” to determine the validity of conservative-based news reports. What could possibly go wrong?
Eric Lieberman at The Stream and The Daily Caller pointed out Google’s “highly partisan” bias by demonstrating its search results when conservative sites were looked up versus liberal sites.  LifeSiteNews also verified this Googlespin under the guise of “facts.”
Google’s influence must not be underestimated. Every month, over one billion different people around the world use it – searching for facts, answers, truth.  Not only does Google directly affect them and all those they influence, but the internet superpower promotes or censors content those billion people see, wielding a power that potentially influences the course of human history.
Dan Gainor of the Media Research Center told LifeSiteNews that Google's fact-check is like something taken out of George Orwell's 1949 dystopian novel.
“The power Google has to impact results and determine what it considers to be absolute truth is 1984-ish,” he said.

The new Google fact-checker section, called “Reviewed Claims,” appears in a large sidebar, along with information about the news outlet, including typical topics it covers.
However, Google only critically judges the claims of conservative media.
Right-leaning media such as the Daily Caller, Breitbart, the Daily Wire, the Blaze, Gateway Pundit, and WorldNet Daily have the “Reviewed Claims” section when “googled.” The Atlantic, National Public Radio, Newsweek, the Hill, Real Clear Politics, the New York Post, the Nation, and Time all appear with the information sidebar but without any critical analysis.
Even openly liberal sites, such as Think Progress, the Guardian, Vox, Vanity Fair, Alternet, Gizmodo, Slate, Vice, Mother Jones, Daily Kos, the Huffington Post, and MSNBC are all given a pass.
And Google never questions the claims of homosexual agenda-driven news.  The Advocate, the Washington Blade, Gay Star News, OUT magazine, Instinct, and Queerty all have no “Reviewed Claims.”
In an analysis titled, “Google Treats Six Conservative Media Sites as Fake News, But Zero Liberal Ones,” Newsbusters’ Corinne Weaver noted the same Google bias in the name of “fact-checking.”
“Six of the top twenty conservative sites had ‘Reviewed Claims’ showcased in the summary,” she counted.  “By contrast, none of the top 20 liberal sites had ‘Reviewed Claims.’”
Some media are even given preferential treatment. The Washington Post, Politico, the New Yorker, the New York Times, and the Los Angeles Times have info sidebars an “Awards” received section where the critical “fact-checking” would be.
Google highlights no Christian or conservative outlet’s award for journalism, excellence, or integrity in reporting.
Martina Marcova in the DC Newsbreak suggested that Google is targeting “publications that don’t agree with their point of view.”

Lieberman offers several examples of Google making up claims that aren’t there. “Reviewed Claims” for the Daily Caller says the news outlet reported about special Counsel Robert Mueller’s investigation that “The people that have been hired are all Hillary Clinton supporters...”
The Daily Caller actually reported, “Mueller has hired at least seven democratic donors for his investigation,” and the “claim” in Google’s sidebar --in quotations as if a factual claim made by the news outlet-- was not even asserted by the Daily Caller, but was a partial quote excised from a remark by President Trump.
Another “fact-check” bungled by Google involves an obviously satirical column that was flagged by the tech giant as if it were fact. A scathingly humorous Daily Caller article exposed the foolishness of a professor/author using the eclipse for a diatribe against racism – a subject that deserves far more serious contemplation than “the skies are relaying a message.” For no reason except apparently to perjure the Daily Caller, Google lists as a factual claim of the news outlet that the professor/author wrote “the 2017 solar eclipse, its path, or those who vie(w)” it are racist.
Lieberman called it “the absurdity of the world’s go-to search engine providing fact-checks to purposefully irreverent content, rather than hard news stories.”
At least in the examples Lieberman noted, Google’s “fact-checks” seem concocted to reinforce an anti-conservative narrative.
In today’s lingo, Google’s “fact-checks” are fake news.
Marcova commented, “Not only is Google ‘fact-checking’ highly partisan, just like their executives, but it’s blatantly wrong, making false claims and attributing said claims to sites who never published them.”
Last year Zephyr Teachout, formerly at the New America Foundation which is funded in part by Google, warned that internet monopoly was “coming after critics” and may have reached the point where “it no longer wants to allow dissent.”

It's no secret that Google uses agenda-driven “fact-checking” sites like PolitiFact, ClimateFeedback, and Snopes, to “disprove” conservative claims.
PolitiFact has been caught many times in the wrong, and worse, didn’t admit it.  It even mocked and presented as unquestionably false the scientifically well-documented abortion-breast cancer link, calling it “a ridiculous claim... Pants on Fire!”
Another one, ClimateFeedback, has as its mission the promotion of the dubious theory of global warming, which is being used to promote a global pro-abortion, anti-family agenda.
Snopes, Kacie Burnett at Louder With Crowder rightly points out, is “no stranger toblatant wrongness.”
Ben Alonzo of ULTRA TechLife puts it succinctly:  “Snopes is good for debunking outlandish urban myths, but it is biased junk for far too many other things, especially politics, history, and current events.” The CEO of the fact-checker which claims to be “transparent” has been accused of fraud and lying.
Even FactCheck.org has had its “least biased” reputation questioned.
“Google’s fact-checking services...are biased, if not also downright libelous,” Lieberman charges.
For years, Christian groups along with conservatives have complained of Google’s blatant anti-conservatism, such as censoring Christian content and changing search results to exclude criticism of Islam.
Google has a history of exerting its liberal bias to influence the masses and transform cultures. The internet superpower came out against the Defense of Marriage Act and opposed Proposition 8 on natural marriage.  It even launched a worldwide campaign to spread the gay agenda in any country it deemed “homophobic,” such as Christian Poland.
And Google’s loyalty is not always to its users. During the PRISM scandal, Google gave spying access —unconstitutional Internet-tapping — to the federal government via its internal servers.
Burnett concluded about Google targetting conservative media with its biased fact checker that it's a "huge step in silencing or limiting those who disagree with the progressive narrative.”
Former NAF team member Matt Stoller commented in the Huffington Post, “The misbehavior in the search market and the attempt to suppress research into how Google operates shows that the actual issue at hand is one of political power.”
Steve Bannon, former chief strategist to President Trump, argues that tech companies like Google and Facebook should be regulated, like utility companies are.
Posted by Jovan-Marya Weismiller, T.O.Carm. at 18:21