The first of these pictures was take at a 'Women's March' in Britain. The bottom one is a Victorian depiction of the sacrifice of infants to the idol Moloch. The similarity of the ideologies behind both is amazing. 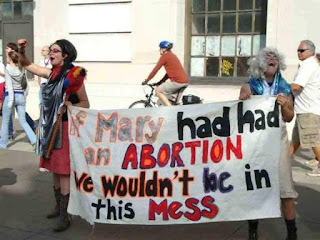 As a commenter on Facebook said of these women, 'If she had , your stupidity would be an executable offense to the state.' This is true. Those who fight the hardest against Our Lord and His Church ignore the fact that the freedoms they glory in (and that they try to take from those who disagree with them!) are the result of our Greco-Roman Catholic Civilisation and Culture. Destroy that and you will have nothing but naked force. The enemies of Christ would glory in the use of naked force as long as they were directing it, but how would they feel if power was taken from them? 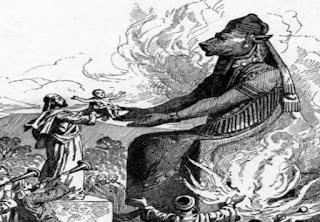 I am reminded of another aspect of the left's war on civilisation, exemplified by pictures such as these. 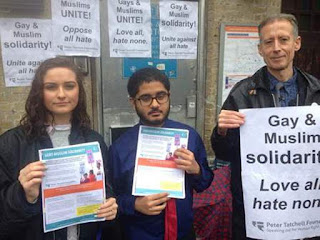 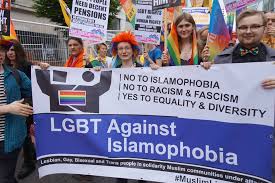 Are they not aware that Islam prescribes the death penalty for homosexuality? Are they ignorant of the fact that if their goal of the destruction of Greco-Roman Catholic Civilisation and the absorption of the West into ummat al-Islamiyah (worldwide Islam) is successful. their days will be severely numbered?

Or is their hatred for Christ, His Church, and the civilisation built upon them so great that they are willing to die to see its destruction?
Posted by Jovan-Marya Weismiller, T.O.Carm. at 19:28