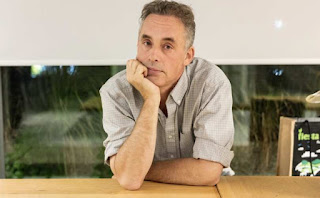 TORONTO, November 17, 2016 (LifeSiteNews) – Embattled Canadian free speech advocate and self-avowed political correctness opponent Jordan Peterson describes the Catholic Church as one of Western culture’s primary bulwarks against ideological extremism.
A well-known University of Toronto psychology professor, Peterson has challenged human rights laws and regulations as well as his university’s policies requiring the use of new pronouns  demanded by people claiming to belong to one or many of the 50-plus new genders promoted by gender theory.
Peterson has refused to comply based on three grounds: there is no scientific evidence that any genders exist outside of male and female; there are too many new genders and pronouns like “zer” and “xe” to remember; and the requirement to use them is a huge imposition on freedom of thought and speech.
In a wide-ranging exclusive interview with LifeSiteNews, Peterson said religion in general and Catholicism in particular stand as a perpetual bulwark against ideologies of the political left or right, which is why the Catholic Church is under now attack by those ideologies — along with Dr. Peterson himself.
“The Catholic Church warns us against the danger posed by the un-moored rational mind,” said Peterson, who would not reveal his own religious beliefs. He added that religions in general provide a “balanced” and complete understanding of reality, while ideologies such as Fascism or Marxism (which he says lies at the root of gender theory) present a very narrow understanding.
Peterson said 19th century German philosopher Friedrich Nietzsche intended his statement, “God is dead,” as a warning against the atheism and nihilism of the Western intelligentsia. “When they lost faith in God, Marxism and then Nazism moved in to fill the void,” he told LifeSite.
The target of Peterson’s controversial YouTube videos — the mandatory acceptance of gender theory and polygender names and pronouns — is just the latest product of nihilism, he said.
Peterson has been accused of hate speech and asked to stop talking about gender by his university. He also has been shouted down at a free speech rally. But he has vowed to continue his campaign against mandatory polygenderism even if it leads to jail.
If he is called before the Ontario Human Rights Commission, he told LifeSiteNews that he would refuse to appear.
Peterson, an expert on the psychology of religion, is not a reductionist who believes his field says everything there is to know about it. That is an ideologue’s approach. Ideologies only describe part of reality but claim to tell it all, he says.
For Nazism, race is all that matters about a person. For Marxism, it is one’s relation to the “factors of production.” For gender and feminists, “It is about power.” One of today’s prevailing ideologies is environmentalism. “It depicts man as a corrupter and destroyer of nature and Western culture as pathological,” Peterson said. Political correctness is an expression of Marxism, depicting people as either victims or predators.
“Christianity tells a complete, balanced story. It describes humans as neither good nor bad, but capable of good and evil,” he said. “Nature brings pain and suffering but is the source of life.”
While ideology is the product of human thought — “un-moored reason,” Peterson believes  religion evolved as human beings developed self-consciousness. Indeed, he believes the Biblical description of Adam and Eve acquiring the knowledge of good and evil is about how humans came to realize their own morality and vulnerability — and quickly put this knowledge to use manipulating and terrorizing others. “Animals do not torture each other,” he noted.
“One way to look at ideology is as an assault on the Logos,” he said, noting that Christians identify the Logos with Christ. “The Logos is the principle that brings order out of the chaos.” It also means absolute truth, but ideologies such as Nazism or Marxism do not believe there is even such as thing as truth. They will claim to be true whatever serves the cause of their ideology. “The Soviet Union was built on lies,” Peterson said.
Peterson bristles at the suggestion that religion is an ideology. “Anyone who says that doesn’t know anything about religion or ideology. “
Posted by Jovan-Marya Weismiller, T.O.Carm. at 23:31