Jordan Peterson Is a Prophet—and a Problem For Progressives 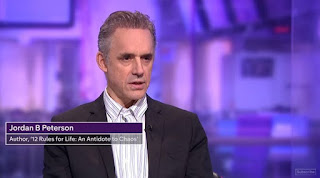 A screenshot of Jordan B. Peterson during an interview with the UK's
Channel 4 News. (Image via youtube.com)