A look at one of the greatest artillerymen of history. 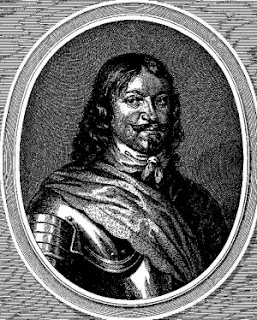 From the French Revolutionary Wars to both World Wars, the one land-based weapon that did more damage than any other was artillery. Atheist dictator Joseph Stalin called it the god of modern war. Frederick the Great of Prussia said it was the most respectable argument for the rights of kings. The French Emperor Napoleon was of the opinion that all the best generals were artillerymen as he himself had been. Before all of them though was the “father of field artillery”; the Swedish general Lennart Torstensson. Not only was he one of the great military leaders of his time, serving under one of the greatest warrior monarchs Sweden has ever produced, Marshal Torstensson has proven to be one of the most influential military commanders in history because of his innovations in the field of artillery in particular. Outside of that domain alone he also proved himself an overall great general and played a key role in the rise of the Kingdom of Sweden as a major power in Europe with a number of key victories in the Thirty Years War. 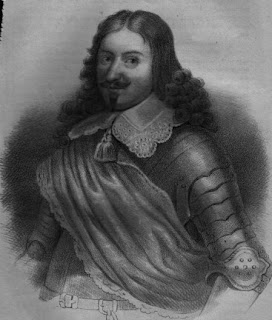 Lennart Torstensson was the son of an army officer, born on August 17, 1603 in Torstena, Västergötland. At the age of fifteen he gained the position of a page to the great King Gustavus Adolphus. From 1621 to 1623 he accompanied his king in the campaigns in Livonia on the other side of the Baltic and it was King Gustavus Adolphus who first impressed upon him at an early age the importance of artillery on the battlefield. He learned even more when he was subsequently sent to study at the Holland Military School under another of the great captains of history, the Dutch Prince Maurits van Nassau. When he returned to Sweden he fought for three years in the campaigns against Prussia, seeing action in such engagements as the battle of Wallhof in 1626. The King was greatly impressed by his skill and promoted him to colonel at the age of 26, giving him command of the first artillery regiment in military history. He wasted no time in proving himself worthy of such a position and by the following year he had earned promotion to general and his title of the “father of field artillery”.

Torstensson basically took the innovations of the Swedish King Gustavus Adolphus and the Dutch Prince Maurits van Nassau concerning artillery, refined them and built upon them to increase the mobility of the artillery. His fame as the “father of field artillery” comes from the fact that, before his time, artillery tended to be seen mostly as a weapon of static, siege warfare. Torstensson made it something more mobile that would be capable of supporting the infantry and cavalry on the battlefield. Previously, the only light cannon had been rather dangerous guns with a copper core wrapped in leather. Torstensson came up with a new cast-iron cannon that was powerful enough to be a major force on the battlefield but which could still be moved by as few as four men or two horses. He also led the way in getting away from cannon balls to more advanced artillery “shells” which combined powder and shot inside a wooden container. He also worked out a drill routine that so increased the efficiency of the Swedish artillerymen that they were able to load and fire their cannon faster than the infantry could load and fire their muskets. On September 17, 1631 at the battle of Breitenfeld his innovations were put to the test and Torstensson was fully vindicated. His guns fired at three times the rate of the Catholic forces opposing them and accompanied the infantry and cavalry to help secure a decisive Swedish victory. 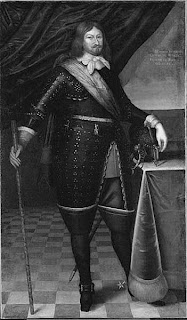 Where they had Torstensson and his guns to back them up, the Swedish forces prevailed but artillery was not always the only determining factor, nor could it always be used to full effect. In an attack on Alte Veste in the summer of 1632 Torstensson had to leave his guns and fought beside his King in a brave but doomed assault. In the end, the Swedes were defeated and Torstensson was taken prisoner. By the time he was exchanged a year later the great King Gustavus Adolphus was dead but Torstensson resumed command of the artillery under Johan Banér who had taken charge of the Swedish army after the death of the King. Again he played a key role in the Swedish victory at the battle of Wittstock in 1636. By 1641 the strength of the Swedish forces was almost exhausted and Torstensson was hardly in the best shape of his life, nonetheless, when Banér died he was chosen to take command of the Swedish army. In a remarkable turnaround, Torstensson restored the morale and discipline of the army and with new fighting spirit he led the Swedish forces to another great victory at the battle of Leipzig. By 1642 the Swedes dominated the whole of Saxony.

Pressing on after this victory, Torstensson and his Swedish army marched into Bohemia and Moravia. He turned away to pursue a threatening Danish army and defeated a Bavarian army to sent to the aid of the Danes. The battle of Jankau in 1645 was his last great victory, won over the Bavarians, after which the great general was obliged to resign because of his worsening health and return home to Sweden. He held a few political posts before his death in Stockholm on April 7, 1651 at the age of only 47. Were it not for the great and influential victories of King Gustavus Adolphus himself, Marshal Torstensson would probably be remembered as the greatest Swedish military mind of his age. Nonetheless, alongside the great king, he was responsible for securing the victories that made Sweden a major military power, he was a competent and successful battlefield commander and as an innovator his influence on artillery has been immense in military history, putting artillery for the first time on an equal footing with the infantry and cavalry as one of the indispensable tools of modern warfare.