“Imagine”… a Nightmare: Why John Lennon’s Song is Wrong for the New Year

I can imagine few things more horrifying than the world envisioned by John 'We're More Popular Than Jesus' Lennon in this song. (3 January 2017) 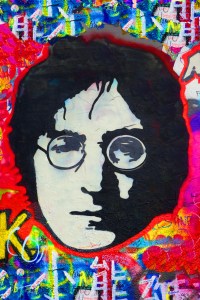 Once again this New Year’s Eve, if you were tuned in to the lovefest in Times Square, the country was serenaded to the intoxicating melody and lyrics of John Lennon’s song, “Imagine.” What an inspiring sight and sound as the multitudes swayed arm in arm, joining the lead singer in what has become a traditional national anthem heralding the new year.

“Imagine there’s no heaven; it’s easy if you try. No hell below us; above us only sky.” Also no religion, no countries, no possessions, etc. Ah yes, an atheist’s and communist’s paradise on earth. And just as Karl Marx assured us, the end result, if we someday join in the dream, “the world will live as one.”

But we don’t need our imagination to see what Lennon’s dream would bring. We just have to observe the history of the twentieth century, and look to Bolshevik Russia and the Stalinist Soviet Union; to Mao’s China and to other lesser imitators and imaginers to see the result: hundreds of millions of fellow citizens slaughtered, starved and imprisoned.

John Lennon and his ideological, mindless groupies are asking us to imagine what our country would be like if we could jettison the Declaration of Independence and the Constitution, not to mention the Bible, which repeatedly says, “The fool has said in his heart, there is no God.” We would have to delete Thomas Jefferson’s references to the “Creator” and to banish the notion of any rights endowed by the Creator. There would be no assured right to life, liberty, and the pursuit of happiness, by which term James Madison and the founding fathers understood to mean owning property that others could not steal and that the government could not confiscate. And in Lennon’s Utopia freedom of religion would only be allowed to be practiced in the privacy of one’s mind.

Truth be told, we have already gone too far down the road to Lennon’s dream world, and it’s time to make a U-turn before we suffer the consequences of other nations and peoples, many of whom have decided to turn back. In Russia, Vladimir Putin now extols Alexander Solzhenitsyn, not Vladimir Lenin, as a national hero, and sees to it that all Russian newborns are baptized into the Russian Orthodox Church, a sort of progressive national exorcism. And at present trends China will have more professing Christians than any nation on Earth. Perhaps they know something we don’t about the imaginary world of John Lennon.

We ought to come up with a better way to bring in the new year than by indulging in intoxicants and vain imaginings… not to mention by inviting the wrath and judgment of the Almighty upon our country.

The featured image, uploaded by Marko Kafé, is a street art picture of John Lennon on the John Lennon wall in Prague. This file is licensed under the Creative Commons Attribution-Share Alike 4.0 International license, courtesy of Wikimedia Commons.