Does Catholicism have a Future in Chicago? Traditionalism and Cardinal Cupich

'[T]wo-thirds of all Catholic schools in the Archdiocese have been closed forever — and 95% of those closures have occurred since Vatican II.'

By John A. Litwinski 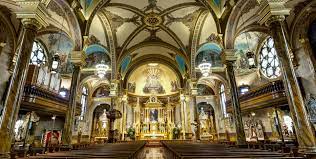 Chicago is known for its magnificent late 19th and early 20th century Catholic churches, many built with donations from poor immigrants toiling in the city’s steel mills and factories. Considering the enormous sacrifices that were made to build up Catholicism in Chicago, the question may be asked: what has the Archdiocese done with the talents it has been given, and what are the prospects for the future of Catholicism in Chicago?

The Second Vatican Council of the 1960s occurred at a time of great optimism and strength in the American Church. It is a bitter irony, therefore, that a Council that intended to revitalize the Church has instead overseen a massive decline in Chicago and elsewhere. News reports of church closings rarely provide a full picture of just how fully Catholicism has collapsed in what was once called the “Catholic City.” Nonetheless, the Archdiocese of Chicago’s website provides a list of all Catholic institutions that have been closed in the past century and half.

Only 20 Chicago Catholic schools were closed in the 100 years prior to Vatican II, but 390 schools have eliminated since 1965, with just 200 remaining. In other words, two thirds of all Catholic schools in the Archdiocese have been closed forever — and 95% of those closures have occurred since Vatican II.

Demographic changes do not really explain the overall decline. While the city of Chicago has lost population since the 1950s, the total area covered by the Chicago Archdiocese (Cook and Lake counties) has increased in population. In fact, demographic changes in the past few decades should have favored a renewal of Catholicism, since Chicago’s Hispanic community has grown to around 30% of the city’s population, and there has been significant Catholic immigration from countries like the Philippines, Vietnam, and Poland. Yet the closures continue apace.

There is no doubt that Chicago is a microcosm of what has happened in the rest of Catholic America: since 1970, weekly church attendance among Catholics has dropped from 55% to around 20%; the number of priests has declined from 59,000 to about 35,000; and the number of nuns has plummeted from 160,000 to 41,000. The number of Catholics who have left the faith is even more staggering: it has increased 15-fold, from under 2 million in 1975 to around 30 million today.

If the next 50 years look anything like the last 50 years, there will no Catholic schools left in Chicago, and most of the churches open today will be closed. There will be almost no nuns and very few priests, since only 25 percent of current Chicago priests are under age 50. Catholicism in Chicago will be small, esoteric, and irrelevant to the broader world.

His Eminence, Cardinal Cupich, and Traditionalism

Yet there is a wrinkle in this history that challenges the narrative of inexorable decline. That countercurrent is the remarkable growth of traditional Catholicism in the past few decades.

In retrospect, one of the most pivotal years in the history of the Chicago Archdiocese was 1988. That year, Fr. Frank Phillips, C.R. became pastor at St. John Cantius Church. Throughout the 1980s, Cantius had been a typical dying urban church, sometimes drawing as few as 40 parishioners to Sunday mass.  At the urging of Fr. Phillips, the Archdiocese chose Cantius as the site for the renewed celebration of the Traditional Latin Mass.

In the years that followed, this church, that had been on the verge of closing, underwent a remarkable rebirth. The Canons Regular, a new order of priests and brothers now numbering over two dozen men, was created to staff Cantius and later, two other churches. Its music program (directed by OnePeterFive columnist Massim Scapin) is now nationally renowned, and its live-streamed weekend masses draw thousands of viewers online.

By any measure, Cantius has been incredibly effective at transmitting and propagating the faith. It is thereby achieving the main goal of the Second Vatican Council, as stated by Popes John XXIII, Paul VI, and John Paul II:  “that the sacred deposit of Christian doctrine be guarded and taught more effectively.”

But 1988 was a much darker inflection point for other Catholic churches in Chicago. Since 1988, approximately 100 parishes have been closed in the Archdiocese. That is a remarkable collapse. Those 100 churches represent two thirds of all the churches that have ever closed in the history of the Archdiocese, dating back to the 1800s.

That is why so many are alarmed by Cardinal Cupich’s recent restrictions on the Traditional Latin Mass, which particularly affect Cantius. Our loyalty to the Cardinal and Pope is inherent, but hard questions remain. It feels like a return to 1988, and the risk of losing everything that has been built since then. The “renewed” liturgy of Vatican II, implemented at Cantius in the 1970s and 80s, already took the parish to the edge of destruction once, as it did so many other churches.[1] What reason, except irrational hope, do we have to think things will end better the second time?

There is a famous saying in American law: “the Constitution is not a suicide pact.” It means the Constitution cannot be interpreted in a way that would allow our society or government to collapse. Coincidentally, this saying arose in a 1949 case involving a Catholic priest charged for inciting a riot in Chicago.

We cannot interpret Vatican II in a way the results in the extinction, or near-extinction, of the Catholic Church in Chicago or elsewhere. Ultimately we must assess the liturgical reform by the extent to which it achieves the overarching goal of the Council: whether, in reality, the faith is being safeguarded and transmitted effectively. To quote Justice Robert Jackson, we must “temper [our] doctrinaire logic with a little practical wisdom”— lest we, in the name of the Council, destroy everything the Council hoped to accomplish.

[1] The modern Novus Ordo Mass has been regularly celebrated at Cantius since 1988, but in a much more traditional style than seen at other Chicago parishes