Feast of St Stephen, First Martyr, and the Second Day of Christmas 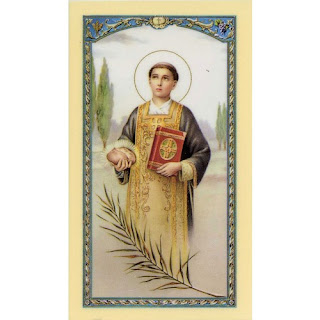 It is fitting that the day after we celebrate the Birth of Our Saviour, we keep the heavenly birthday of the first person to die for confessing His Holy Name.St Stephen was one of the first seven deacons ordained to assist the Apostles in the temporal affair of the Church. The story of the choosing and ordination of the Seven is told in the 6th Chapter of the Acts of the Apostles,

5 And the saying was liked by all the multitude. And they chose Stephen, a man full of faith, and of the Holy Ghost, and Philip, and Prochorus, and Nicanor, and Timon, and Parmenas, and Nicolas, a proselyte of Antioch.6 These they set before the apostles; and they praying, imposed hands upon them.

The story of how he was brought before the Sanhedrin, charged with blasphemy, is at the end of Chapter 6, his speech to the Sanhedrin and his stoning take up Chapter 7, with the famous participation of Saul, later to be the Apostle Paul.
St Stephen, pray for us!

And it's the Second Day of Christmas. 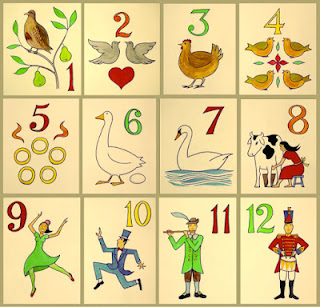 On the second day of Christmas, my true love sent to me
Two turtle doves
Posted by Jovan-Marya Weismiller, T.O.Carm. at 12:00