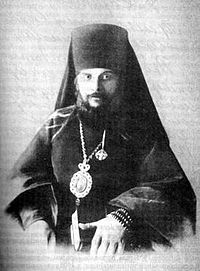 Bld Hryhoriy was born 25 March 1867 at Hadynkivtsi, Ternopil District, Galicia, Russian Empire. He studied theology at the Lviv Seminary. He was ordained Priest on 18 November 1893. He did further theological studies at Vienna, Austrian Empire from 1894 to 1899. He was the Rector of the seminary in Lviv in 1902. He was appointed Bishop Bishop of Stanislaviv, Galicia, Austrian Empire (modern Ivano-Frankivsk, Ukraine), on 6 May 1904. He was arrested for his faith in 1939 by the NKVD. Released, he was arrested again in April 1945; and deported to Kiev, Ukrainian SSR. He died in the NKVD prison in Lviv, Ukrainian SSR. One of the many Martyrs Killed Under Communist Regimes in Eastern Europe.
Born
25 March 1867 at Hadynkivtsi, Ternopil District, Galicia, Russian Empire