Why Dismiss a Catholic Priest for Being Catholic?

Another article on the sacking of Fr Mark Morris.


To push out a Catholic just for being Catholic, in a city which was so recently and so violently sectarian, is plain irresponsible.

I would question her use of the word 'recently', because that implies it no longer is. Whether the other side is protestantism or what Belloc called the 'Modern attack' makes little difference to this being a blatantly sectarian action on the part of GCU. 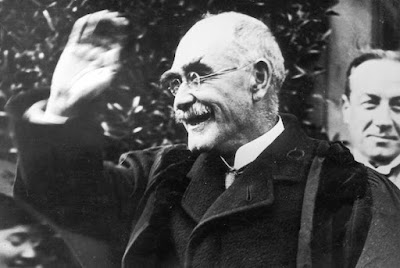 They’re just kids! What’s your problem? This has become the default reaction of a whole raft of clever people to anyone who gets hot under the collar about the fashion for students banning things in universities: speakers, ideas, books. It was ever this way, they say, and besides, sometimes the kids are right.
The little episode of righteous vandalism at Manchester last week was a case in point. Students painted over a mural of Kipling’s ‘If’ in the newly renovated union building, on the grounds that he ‘dehumanised people of colour’. Kipling was a racist, they insisted, a man of Empire. Out came the whitewash and on top of it went ‘Still I Rise’ by the American civil-rights activist Maya Angelou. Newspaper columnists raged. Civilised people said, sotto voce: well, what harm was done? Calm down, dear. Don’t take children so seriously.
It’s an enticing thought. But I’m not sure we can rest easy just yet. The trouble with the ‘just kids’ approach is that the real threat to free speech comes not from the uppity young, so much as the adults who hide behind them.
‘Just kids’ implies a happy disregard for the posturing of teens, especially student politicians (dread breed). But it’s precisely because the adults running universities don’t have a ‘just kids’ attitude that nonsense like the Kipling affair makes the news. Manchester uni didn’t scold the students for defacing property, or explain Kipling in context; they didn’t suggest that since the student union building itself is named after Steve Biko, it might be a pleasing show of real diversity to let Kipling sit alongside him. They simply allowed the student union to apologise that the poem had been there at all.
It’s worse than that. Under the guise of safeguarding students, behind a smokescreen of ethics committees, the adults in charge of universities — principals, vice-chancellors — are feeling free to set about getting rid of people who don’t fit their very particular ideological bill.
Far more concerning than the Kipling episode, but less noticed, was the strange removal last week of a Catholic priest called Father Mark Morris from his post as chaplain to Glasgow Caledonian University. By most accounts Fr Mark was as popular with his students as he was with his parishioners at the Immaculate Heart of Mary parish in Balornock. He said nothing that wasn’t in line with Catholic teaching, yet the GCU principal, Pamela Gillies, booted him out.
Here’s his sin: last week, after Glasgow held its annual Gay Pride march through the city, Fr Mark, in response to requests from his parishioners, led his parish in a post-Pride prayer, a rosary of reparation for ‘the gross offence to God’. It shouldn’t be surprising that Fr Mark’s parishioners felt uncomfortable about Pride. The Immaculate Heart is a traditional church with an elderly and conservative congregation. More to the point, the prayer was off-campus.
Nonetheless, ‘following due consultation, Fr Mark Morris will not return to his chaplaincy role at the university in September’, said Gillies. Due consultation? With whom? Was this really a move to protect the students? It’s not at all clear how many complaints from LGBT students GCU even received. Perhaps they see the oddity of booting out a Catholic priest for being a Catholic. The Catholic students, feeling understandably unsafe, have begged Gillies to bring back Fr Mark.
Will she? Will Pamela Gillies CBE, co-author of You, Me and HIV: Making Sense of Safer Sex for People with Learning Difficulties, see the value of free speech? Will she heck. Perhaps she’ll go for a celebratory pint with Paul Little, the principal of City of Glasgow College, who in spring this year stopped the college chaplain, Brother Anthony Connelly, holding a mass for Ascension Day, a holy day of obligation. As it happens, wise Brother Connelly had sought and received permission to hold the mass from the college’s ethics and diversity team. But that permission was suddenly withdrawn.
What a terrible example Gillies and Little set to students. Their decisions make no sense. If you can’t tolerate Catholic orthodoxy then why have a Catholic chaplain? And what on earth do you do if an LGBT student complains that you employ Muslims for whom homosexuality is a sin? And what a frightening disregard for history. To push out a Catholic just for being Catholic, in a city which was so recently and so violently sectarian, is plain irresponsible.
In the end, I think perhaps it’s the students I trust to see sense; to judge whether men like Fr Mark should stay or go.
Pamela Gillies, after all, might not be the best judge of ethics. She’s been criticised for spending a staggering amount of her college’s money on mysterious trips to America to oversee a GCU ‘hub’ in New York, with no students and only a few full-time staff. At a time when her university was tightening its belt, Gillies spent £15,000 on accommodation in a year — including three nights at the Gramercy Park Hotel for nearly $3,000. In 2012, just 19 per cent of staff said she and her senior management team ‘lead the university well’. Only 14 per cent said she ‘listened to and responded to the views of frontline staff’.
Fr Mark on the other hand is well known to be a kind and sympathetic man. His nickname is the ‘Gentle Giant’, and he helps out in a soup kitchen three times a week. Who would a student rather turn to in a troubled time? I think I know what the late Maya Angelou would say.
Posted by Jovan-Marya Weismiller, T.O.Carm. at 21:40