More blatant arse covering by one of 'Uncle Ted's' enablers.

We are supposed to believe that when a cardinal who is one of the Pope's closest advisers receive a letter exposing both depraved immorality and the abuse of power and office by another member of the Sacred College, his secretary does not inform him and argues jurisdictional issues to do nothing. Pontius Pilate was more candid than this.

Rod Dreher, writing in the American Conservative, called O'Malley's response "world-class buck-passing," saying, "The fact that his response is to issue a lawyerly denial, and a press release promising that this time, he's going to get serious — it's scarcely credible."
And in a series of tweets, Catholic author Michael Brendan Dougherty wondered just how O'Malley knew. 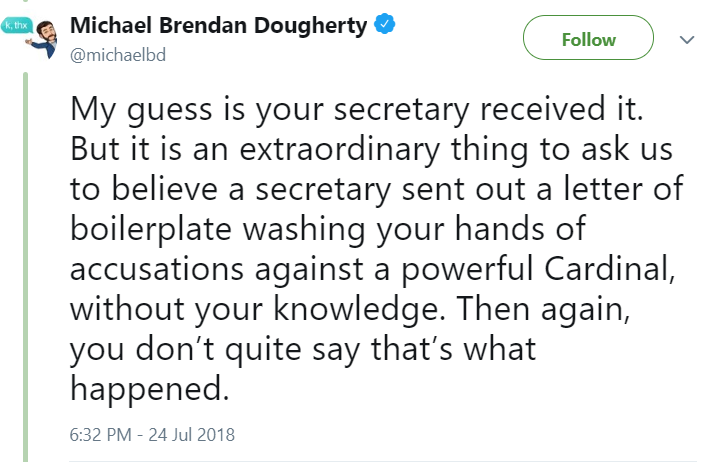 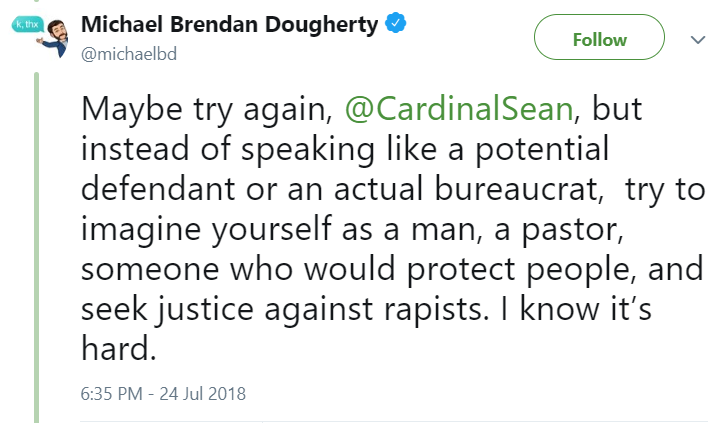 Doyle recommends starting over from the ground up.
"I believe the reform of the hierarchy may require a Napoleonic solution," he said. "The First Consul insisted that the entire French hierarchy resign as a condition of effecting the Concordat restoring Catholicism in France. They should all go."
"Any organization may be afflicted by egregious incidents of personal misconduct," he said. "When that organization is incapable of policing itself, when it is unable or unwilling to punish offenders, when it refuses to expel miscreants, and when it lacks the will to reform its corporate culture, then the institution is itself corrupt. Such is the case with American Catholicism today."
Watch the panel discuss institutional corruption in The Download—Complicit Cardinals.
Posted by Jovan-Marya Weismiller, T.O.Carm. at 19:00