Blessed Titus, Martyr, pray for your Order, and the entire Carmelite Family.

From the Order of Carmelites 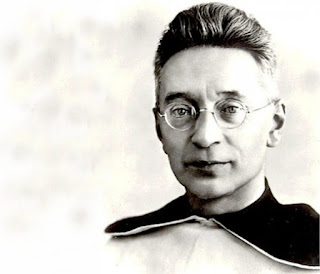 Born in the Frisian city of Bolsward, Holland, in 1881, Bl. Titus Brandsma joined the Carmelites while still young and was ordained priest in 1905. He undertook further studies in Rome and was awarded a doctorate in philosophy at the Gregorian Pontifical University.
Returning to Holland, he taught in a number of schools before taking up a post as Professor of Philosophy and the History of Mysticism at the Catholic University of Nijmegen where he was later appointed Rector Magnificus. A noted writer and journalist, in 1935, he was appointed adviser to the bishops, for Catholic journalists. He was noted for being ready to receive anyone in difficulty and to help in whatever way he could. In the period leading up to and during the Nazi occupation in Holland, he argued passionately against the National Socialist ideology, basing his stand on the Gospels, and he defended the right to freedom in education and for the Catholic Press. As a result, he was imprisoned. So began his Calvary, involving great personal suffering and degradation whilst, at the same time, he himself brought solace and comfort to the other internees and begged God's blessing on his jailers. In the midst of such inhuman suffering, he possessed the precious ability to bring an awareness of goodness, love and peace. He passed from one prison or camp to another until he arrived in Dachau where he was killed on 26th July 1942. He was beatified as a martyr by Pope John Paul II on 3rd November 1985.

TITUS, A MODEL FOR PEACE AND FORGIVENESS 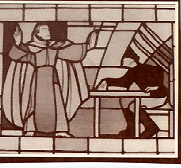 Living in Nazi occupied Holland, being arrested and made a prisoner by the Nazis and, eventually, being sent to die in the concentration camp of Dachau, were all extreme circumstances which tested Titus’ commitment to peace and reconciliation. His witness during these events offers us inspiration, concrete examples of how he practiced what he preached, and models for us the presence of faith in the most inhuman conditions.
Titus’ courage and advocacy of peace did not come out of nowhere: both his close ties to the medieval mystics of the Lowlands and his vocation to the Carmelite order rooted him in both an active involvement in the world and in the springs of contemplative prayer, which nourished his active life. He was a self-described “lover” of Jan van Ruusbroec, the medieval Flemish mystic, who described the Trinitarian pattern to the Christian life: just as God expresses Godself through the Trinity, so too, the Christian who experiences the fruits of contemplative prayer, is driven back into the world in incarnate this Love. Titus’ active life as spiritual advisor to the Dutch Catholic press, as professor at the Catholic University, and as vocal opponent of Nazi policies, was the public forum in which he incarnated the fruits of his prayer life. He was also known as a peacemaker within Carmel, at the university, and on the numerous committees where he served. There are numerous anecdotes of his small acts of charity and efforts toward reconciliation which show why he was considered “a permanent enemy of discord.” This permanent dialectic between love and works avoids the “bare vacancy” of self absorbed prayer about which Ruusbroec warned.
Titus articulated his particular view of society, which grounded his vision of peace. In 1931 in a speech to a Catholic peace group, he lamented the sense of inevitability that led to World War If (“the Great War”) and which continued to permeate the plans of much of Europe. Since self-interest of individuals and nations continued to be paramount, he acknowledged that a cycle of war and rearming appeared inevitable unless thinking changed. He stated that such exclusive focus on self-interest subverted the real purpose of society, which, he argued, was to be “a means of rendering another a service”. If offering service to one’s neighbor or adjacent country were the goal, he suggested that strife between individuals and nations would be replaced by an ethic of cooperation and respectful dialogue. Much as he opposed the Nazi policies, Titus always spoke well of the German people and wished publicly for reconciliation between the two countries, even after Germany invaded the Netherlands in World War II. We should consider today, over 50 years later, how our country’s policies might be different if “rendering a service” were seen as a national goal.
Titus’ teachings on peace and forgiveness were probably put to the most radical test during his seven months as a prisoner of the Nazis. He was subjected, not only to loss of freedom and appalling prison conditions, but to brutal mistreatment by his captors, including medical experimentation. Two particular incidents stand out as concrete examples of his response to these extreme conditions of suffering. Once another Dutch prisoner challenged him about his admonition that the prisoners should pray for their Nazi captors. How could they be expected to do that, the other Dutchman asked, when they were being mishandled and terrorized by the guards? With typical humor and realism, Titus replied, “You don’t have to pray for them the whole day! The good Lord will be happy with one prayer”. Always lovingly cognizant of the gap between the human ideal and the reality of human limitations, Titus counseled a practical, achievable goal. Secondly, the nurse, who administered the fatal injection in the “hospital” at Dachau, testified at his beatification process that he had given her his rosary at the end and said “What an unfortunate girl you are. I shall pray for you”. His response, the nurse said, was instrumental in bringing her back to the practice of her faith.