Lammy: 'Bollocks' to the Will of the People

As readers of this blog know, I live in the US, but my Mother was from the UK. As a result, I have a great deal of interest in UK politics, to the point of becoming personally involved. In the runup to the EU Withdrawal Referendum, I not only joined the UK Independence Party, and donated what I could afford to the Party and to the Leave.eu campaign, but I spent countless hours on social media, posting, sharing, and aiding the withdrawal effort by any means I could.

On 23 June 2016, a day that will live in history as UK Independence Day, with the most people ever voting in a British election, on a ridiculously high turnout of 72.2%, the British people voted 51.9% to 48.1% to withdraw from the emerging fascist super state known as the European Union. 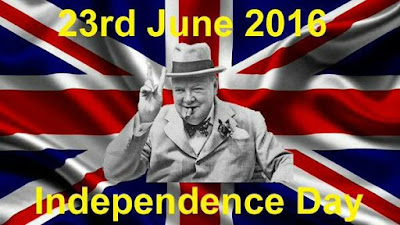 This was in the face of the BBC, the major newspapers, and the entire chattering classes being violently opposed to withdrawal, or 'Brexit' as it was known. In addition, the traitorous Government of David Cameron, a/k/a 'Call me Dave' CaMoron, sent, at taxpayers expense mind you, a pamphlet to every postal address in the United Kingdom, arguing against Brexit. This was blatantly illegal, as the Government was statutorily bound to remain neutral, but they claimed to be 'just presenting the facts'

So what has been the reaction of the 'Remoaners' or 'Remaniacs' as they are known? Well, they have characterised those who voted for Brexit as too stupid to know what they were voting for, or brainwashed, by whom I'm not sure, given the saturation of the media by anti-Brexit propaganda and the Government pamphlet. And, they have actively and vociferously tried to develop strategies to thwart the clearly expressed will of the people.

They have used every tactic they could, lawsuits (they lost), parliamentary tactics (they lost), and publicity campaigns (they're losing). The result? In reaction to their arrogance, the percentage of supporters of Brexit has actually increased since the referendum!

But this article shows what they really think. They despise 'the people' and their will, calling it 'bollocks'!

Sometimes a politician tweets something so monumentally bad that you really do have to wonder what planet they’re on.

Well, today is one of those days. Step forward, David Lammy.

David Lammy ✔@DavidLammy
Top man @GaryLineker. I’m biased he did play for @SpursOfficial but thank god some people are prepared to stick their neck out and not pander to the “will of the people” bollocks. https://news.sky.com/story/gary-lineker-joins-campaign-for-second-brexit-referendum-11448862 …

The sportsman-turned-broadcaster believes Brexit "feels like it is going very wrong indeed" and wants another public vote.
news.sky.com

Twitter Ads information and privacy
Yes, the politician that brought you such things as a lot of shouting in the House of Commons has now just stuck two fingers up to democracy.


Why would politicians be expected to comply with the ‘will of the people’? Why on earth would they be expected to adhere to a referendum result?
Presumably, if Lammy loses his seat at the next election, he’ll just refuse to accept all that voting ‘bollocks’ and just carry on being an MP.
Posted by Jovan-Marya Weismiller, T.O.Carm. at 16:10