I'm reminded of Francis accusing the victims of homosexual abuse in Colombia of 'calumny'! 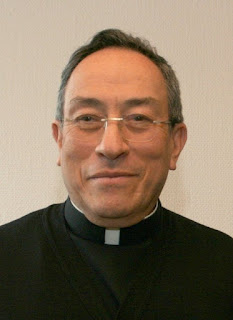 In Honduras, 48 out of 180 seminarians stated in a letter that there is a widespread and entrenched pattern of homosexual practice in Tegucigalpa’s seminary, reports Edward Pentin on ncregister.com (July 25).The seminarians speak of “irrefutable evidence” that a homosexual network pervades the institution and is being protected by its rector.Pentin has obtained graphic photographic evidence of homosexual pornography exchanged on WhatsApp between seminarians.He is in the possession of a suicide note of a seminarian who tried to take his life in April, after his male accomplice turned to another seminarian.According to Pentin, Cardinal Oscar Rodriguez Maradiaga of Tegucigalpa accused the whistleblower seminarians of being “gossipers” who wish to portray their fellow seminarians in a bad light.Rodríguez is a close friend of Pope Francis, therefore it is unlikely that these shocking revelations will harm him.
Posted by Jovan-Marya Weismiller, T.O.Carm. at 18:40