Lord Alton of Liverpool is an indefatigable warrior for life! The Republic of Ireland is lost to the Culture of Death, but we can still stop the baby killers in Northern Ireland! 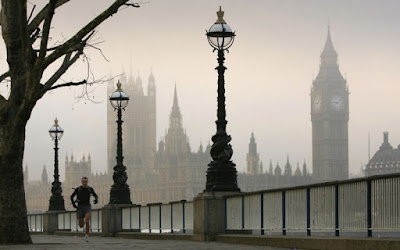 The 'alt-liberals' are all-knowing, self-regarding and autocratic


The Northern Ireland minister Lord Duncan of Springbank recently remarked that the province’s insistence that the only lawful justification for abortion should be a threat to the mother’s life was “Victorian”. This ill-considered and patronising remark was not random. It was part of a concerted attempt to force abortion legislation on Northern Ireland.
The Conservative MPs Justine Greening and Amber Rudd have joined forces with Labour’s Stella Creasy, who goes even further, and who has been demanding the repeal of the 1861 Offences Against the Persons Act. This would decriminalise abortion across the United Kingdom, removing the few remaining protections for an unborn child, and potentially permitting abortion up to term and the removal of conscience provisions.
Creasy and her allies have form, having persuaded the Conservative Government to pay £1,400 to pregnant women wishing to travel from Northern Ireland to Britain to end the life of their unborn child (with no comparable sum for women continuing their pregnancy).
In response, Theresa May has sent mixed messages, saying she supports change but then, under pressure from the Democratic Unionist MPs and Conservative MPs Fiona Bruce and Maria Caulfield, stating that the change should only be made by a restored Northern Ireland Assembly, not by Westminster.
The Prime Minister is absolutely right in insisting that abortion remain a devolved matter. I once served as a Northern Ireland party spokesman and was later part of the cross-community, cross-party delegation that successfully persuaded John Major to make abortion a devolved matter (as it is in Scotland too). This was part of the discussions around the 1995 framework documents that proposed North-South institutions and a Northern Ireland Assembly – paving the way for the Good Friday Agreement. Those trying to unpick these sensitive matters should tread with great care.
Significantly, the most recent vote on abortion within any UK legislature was 18 months ago in the Northern Ireland Assembly. It voted against a change to the law. But British political parties, once champions of devolution, have turned full circle when it comes to abortion.
This is only the latest example of what the philosopher John Gray calls “alt-liberalism”, a mutant version of liberal ideology: all-knowing, self-regarding and autocratic. It’s the phenomenon that led to Tim Farron packing his bags as Liberal Democrat leader, saying it had become impossible to reconcile his Christian faith with this new ideology. One Labour MP told me that he daren’t say what he believes for fear of retaliation. Free speech is going the same way as devolution and conscience.
The judiciary, meanwhile, is becoming increasingly politicised. Last week the Supreme Court found that the Northern Ireland Human Rights Commission had no legal standing in bringing its case challenging the North’s abortion laws. Yet this did not deter judges from offering a series of non-binding opinions.
Paradoxically, the court’s unanimous finding that there is no human rights requirement to allow for abortion on the grounds of disability has implications for Great Britain, where abortion up to birth on grounds of disability is both barbaric and discriminatory.
The court reaffirmed that there is no human right to abortion and there is nothing in the judgment to say that abortion on request is required by human rights law – but it’s worth remembering that the Universal Declaration of Human Rights holds that everyone has the right to life.
I recently spoke at meetings in Lisburn and Belfast organised by the group Both Lives Matter. Great dismay was expressed about the abortion industry coming to Northern Ireland. A report was cited from the Times highlighting the 22 employees working for Marie Stopes International who were paid salaries of more than £100,000 in 2015.
The chief executive earned £420,000 (nearly four times that of the Prime Minister). Also mentioned were the conclusions of a Care Quality Commission investigation which found dead unborn babies in open bins in Marie Stopes abortion clinics. The commission reported that there had been nearly 400 botched abortions in just two months.
So before we excoriate Northern Ireland and its “Victorian” laws, think of the province as the perfect control group in a grim social science experiment that had a starting date of 1968. Fifty years later, in Northern Ireland’s control group there are 100,000 people alive (5 per cent of the population) who would not have been born if our laws had applied.
By contrast, in Great Britain there have been almost 9 million abortions: one abortion every three minutes, 20 every hour and 600 every working day, with one in five pregnancies now ended by abortion. We have abortion up to birth in the case of babies with disabilities – leading to 90 per cent of babies with Down’s syndrome being aborted – and of little girls merely because of their gender.
With perfect laboratory conditions, you would carefully study the evidence, look at the outcomes and draw conclusions. Again, one hundred thousand people are alive in Northern Ireland who would be dead had the 1967 Abortion Act applied there. Why would anyone want to change that – and what right do we have to impose such laws upon the people of Northern Ireland?
Lord Alton of Liverpool is a crossbench peer. Visit davidalton.net
Posted by Jovan-Marya Weismiller, T.O.Carm. at 18:12