Humility and the Host

An essay on the error of historicism, especially as it applies to the abomination known as Communion in the hand.


n 1950, Pope Pius XII cautioned against the “historicist” mentality which is inclined to measure the merit of things against an imagined practice of the distant past. This mentality distorts historical fact. Historicism is to history as racism is to race and scientism is to science. It recreates a “fly in amber” early Church, something like colonial Williamsburg. It misunderstands the nature of sacred tradition, which is an organic development applicable to changing times but never abrogating the essential core of truth.
The practice of receiving the Sacred Host in the hand is often justified on the ground of primitive precedent. St. Cyril of Jerusalem famously described the reverent manner to be used in receiving in the hand, and comments by St. Justin Martyr, Tertullian, and St. Ambrose suggest that it was the norm. But two synods in the seventh century took opposite positions on the practice (Rouen against it and Trullo for). A gradual shift then occurred in favor of communion on the tongue. By the time of St. Thomas Aquinas, communion on the tongue seems to have become the use of the Latin Church, and for a clear theological reason:

Out of reverence towards this Sacrament, nothing touches it, but what is consecrated; hence the corporal and the chalice are consecrated, and likewise the priest's hands, for touching this Sacrament. Hence, it is not lawful for anyone else to touch it except from necessity, for instance, if it were to fall upon the ground, or else in some other case of urgency. (Summa Theologiae, III, 82, 3)

Professional liturgists not infrequently lack a gift for practical psychology. Face-to-face confession was promoted around the time that a surfeit of moral abuses began to afflict the Church. The “reconciliation room” is problematic these days, presumably for the same reason that confessionals with screens were introduced centuries ago. Historicists failed to ask why the confessional had been introduced, just as they neglect to ask why communion on the tongue replaced reception in the hand. Clearly, the closed confessional and communion on the tongue were the result of necessity born of experience. It is no coincidence that the practice of auricular confession dwindled when “reconciliation rooms” came in, just as Eucharistic sensibility tragically declined after Pope Paul VI, with the reservations and cautions typical of him, granted permission for the laity to handle the Host.
It would be imprudent to return to receiving communion on the tongue as a universal practice by sudden decree, but the option should be encouraged, as should kneeling to receive. And the use of Extraordinary Ministers of the Eucharist as ordinary should be explained as the abuse it is. It is telling that since the ill-advised changes, the expression “receiving communion” commonly became “taking communion.” At least as important, and instituted more easily, is the ad orientem position of the celebrant. Its corrective influence on the psychology of worship would make other reforms more logical. Ecumenically speaking, these forms of reverence would be more sympathetic to the Eastern Rites. Though the Eastern churches receive communion standing, they also require prostration, and communion on the tongue.
A cardinal once told me that communion in the hand had increased Eucharistic devotion. Given the dramatic decline in Mass attendance and belief in the Real Presence since the 1960s, this was the triumph of theory over fact. In his 1980 apostolic letter “Dominicae Cenae,” n. 11, St. John Paul II warned about the potential for disrespect and indifference arising from the practice of receiving communion in the hand. From a practical perspective, especially in large city parishes, communion in the hand invites profanation: Many priests have stories about people absconding with the Host. But there will be no substantial improvement until another generation is willing to admit that the “spirit of Vatican II” often did more damage than good, and that many of the subsequent liturgical changes were disastrous. 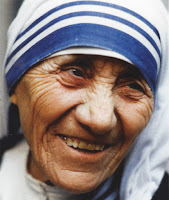 This gives me an opportunity to mention what has often been said about the Eucharistic piety of St. Teresa of Calcutta. She invariably received on the tongue, and such has been the norm in her Order. Once she told me that of all the sad things she had seen, the worst was irreverent reception of communion. She said this while holding out her hands. When I quoted this, it was taken to mean that she opposed the reception of communion in the hand. This distressed her, because it suggested that she opposed the decision of the bishops to grant the option. She told me to write a correction for the press. I replied that I’d pray and then write. Sounding almost like a Marine sergeant, she said, “No. We need this right away. I pray. You write.” Since then I have explained this many times, and often the respondents act annoyed or proceed as though they had not heard me. But after each Mass, Mother Teresa would kiss the priest’s hands: “Thank you for bringing Jesus to us.” No reforms will accomplish much without such humility.
Fr. George W. Rutler is pastor of the Church of St. Michael in New York City.
Posted by Jovan-Marya Weismiller, T.O.Carm. at 22:13