British Court Rules:”There is No Right to Assisted Suicide”

You lose some, you win some. It's fine to murder the unborn in Britain, but it's not OK to murder the born. I suppose half a loaf is better than none. Unfortunately, the barristers for the Culture of Death have announced they will appeal to the Supreme Court. 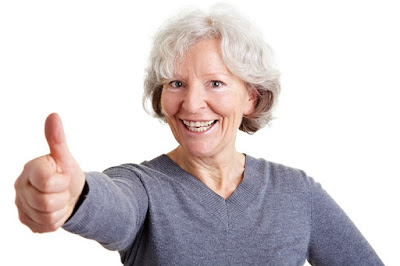 The Court of Appeal has upheld an earlier court judgement that the UK’s Suicide Act is not incompatible with the human rights of motor-neurone disease sufferer Noel Conway.

No fault to original ruling

Mr Conway’s lawyers, backed by Dignity in Dying and Humanists UK, had argued that a blanket ban on assisted suicide and euthanasia, as stated in section 2 of the 1961 Suicide Act, is a breach of Mr Conway’s human rights.
This case was strongly rejected in October 2017, with judges ruling that “Parliament is entitled to regard [section 2 of the suicide act] as necessary as a protection for the weak and vulnerable. It is also entitled to regard it as a measure which gives proper respect to the sanctity of life.”
However, Mr Conway was given leave to appeal this ruling in January. This appeal has now been rejected. Judges today fully upheld the original ruling, saying: “We do not consider that the approach or those conclusions of the Divisional Court can be faulted… [and so] we dismiss both the appeal and the respondent’s notice.”

No right to assisted suicide

The Appeals Court rejected the argument put forward by Mr Conway’s lawyers that the Court was in a better position than Parliament to rule on the issue. “There can be no doubt that Parliament is a far better body for determining the difficult policy issue in relation to assisted suicide in view of the conflicting, and highly contested, views within our society on the ethical and moral issues and the risks and potential consequences of a change in the law.” The judges went on to say: “There is no common law right to assisted suicide and Parliament has expressed a clear position, not only by the terms of the 1961 Act itself, but by subsequently and relatively recently rejecting legislation along the lines of Mr Conway’s scheme.”
In British Parliaments there have been over ten attempts to change the law on assisted suicide since 2003, all of which have failed. The most recent legislative challenge to the law on assisted suicide was the Marris Bill in the House of Commons, which was defeated by the huge majority of 330 to 118 in September 2015.
Follow LifeNews.com on Instagram for pro-life pictures and the latest pro-life news.

In the ruling, the judges made substantial reference to the expert evidence on palliative care put forward by the Care Not Killing Alliance, as well as to a report written for the Secretary of State for Justice by Professor Baroness Finlay of Llandaff, a consultant physician and professor of palliative medicine. One point made by all the experts was the extreme difficulty of predicting how long a terminally ill person has to live (Mr Conway’s scheme advocates assisted suicide for those with six months to live). Indeed, the Court notes that Mr Conway himself, who was diagnosed in 2014 with a disease that gives an average life expectancy of two to five years, is still alive, and doing much better than the original prognosis suggested.
It was also noted that all the major medical bodies, as well as disability rights groups, oppose any moves to legalise assisted suicide or euthanasia.

Dr Peter Saunders, Campaign Director of Care Not Killing, welcomed the ruling, saying: “This sensible decision by the Court of Appeal yet again recognises that the safest law is the one we already have – a complete ban on assisted suicide and euthanasia. Our laws deter the exploitation, abuse and coercion of vulnerable people, who as we have seen in the US States of Oregon and Washington often cite feeling they have become a financial, or care burden as the reason for ending their lives.
“We hope that those who have been campaigning to remove these important and universal protections from the disabled and infirm accept this ruling. It is now time for them to move on and turn their attention instead to how we can secure equality of access to the very best health care for all. This must include palliative care and mental health support, because we know when the physical, psychological and spiritual needs of patients are met, there is no pressure for change.”
Mr Conway’s legal team immediately announced their intention to bring a further appeal before the Supreme Court.
LifeNews Note: Courtesy of SPUC. The Society for the Protection of Unborn Children is a leading pro-life organziation in the United Kingdom.
Posted by Jovan-Marya Weismiller, T.O.Carm. at 14:36