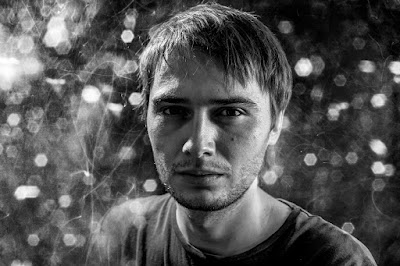 In early childhood, the Dutch psychiatric patient known as 2014-77 suffered neglect and abuse. When he was about 10, doctors diagnosed him with autism. For approximately two decades thereafter, he was in and out of treatment and made repeated suicide attempts.
He suffered terribly, doctors later observed, from his inability to form relationships: “He responded to matters in a spontaneous and intense, sometimes even extreme, way. This led to problems.”
A few years ago, 2014-77 asked a psychiatrist to end his life. In the Netherlands, doctors may perform euthanasia — not only for terminal physical illness but also upon the “voluntary and well-considered” request of those suffering “unbearably” from incurable mental conditions.
The doctor declined, citing his belief the case was treatable, as well as his own moral qualms. But he did transmit the request to colleagues, as Dutch norms require. They treated 2014-77 for one more year, determined his case was, indeed, hopeless and administered a fatal dose of drugs.
Thus did a man in his 30s whose only diagnosis was autism become one of 110 people to be euthanized for mental disorders in the Netherlands between 2011 and 2014.
Case 2014-77 appears on the Dutch-language Web site of Holland’s Regional Euthanasia Review Committees, which review mercy killing in the Netherlands — but almost never find fault. Of 5,306 euthanasias listed in the committees’ 2014 annual report, the vast majority based on physical illness, regulators found a lack of “due care” in four, or 0.08 percent. The consequences of these rulings, if any, are unclear.
Now, however, doctors from elsewhere are starting to apply independent scrutiny to the increasingly common euthanasia of Holland’s mentally ill, and their findings are not so reassuring. To the contrary.
According to an analysis of 66 of the 110 cases from 2011 to 2014, by psychiatrist Scott Kim of the National Institutes of Health and two colleagues, Dutch psychiatric patients were often euthanized despite disagreement among consulting physicians as to whether they met legal criteria. In 37 cases, patients refused possibly beneficial treatment, and doctors proceeded anyway.
The Kim report, published Feb. 10 in the journal JAMA Psychiatry, undercuts the very notion of a “voluntary and well-considered” request for death from a patient who is, by definition, cognitively and/or emotionally troubled.
Dutch doctors have honored the request for lethal injection of a seemingly lucid, physically healthy woman in her 70s who said her life had become “meaningless” after her husband was euthanized a year earlier for a terminal physical illness. And they have done the same for people who were in the grip of delusions or hearing voices.
Among the obvious risks, Columbia University psychiatrist Paul S. Appelbaum writes in a companion article to Kim’s, is “inducing hopelessness among other individuals with similar conditions and removing pressure for an improvement in psychiatric and social services.”
Click here to sign up for pro-life news alerts from LifeNews.com
“Will psychiatrists conclude from the legalization of assisted death that it is acceptable to give up on treating some patients?” Appelbaum asks.
Some doctors already have. In 2009, a 37-year-old Belgian woman became distraught after a romantic breakup and began seeking a doctor to euthanize her, per that country’s law, which is similar to Holland’s.
The woman, Tine Nys, had a history of mental illness, including a teenage suicide attempt, but had more recently been doing well. In February 2010, she received a new diagnosis of autism and, two months later, a lethal injection.
Appelbaum chairs the World Psychiatric Association’s ethics committee; he says it will address the situation in the Low Countries at a meeting in Munich in March.
It’s late. Once the Netherlands authorized euthanasia for physical illnesses in 2002, demands to extend this “right” to the suffering mentally ill were inevitable and, indeed, logically consistent.
Canadians are now debating how to implement last year’s ruling by their Supreme Court establishing a right to “physician-assisted dying” in cases of a “grievous and irremediable medical condition.” A panel of experts advising Ontario and 10 other provinces and territories has urged the ruling be construed to include mental illness.
And why not? The Canadian Supreme Court’s opinion specifically said that, in Belgium and the Netherlands, the “predicted abuse and disproportionate impact on vulnerable populations has not materialized.”
LifeNews Note: Charles Lane writes for the New York Post. File photo.
Posted by Jovan-Marya Weismiller, T.O.Carm. at 23:22