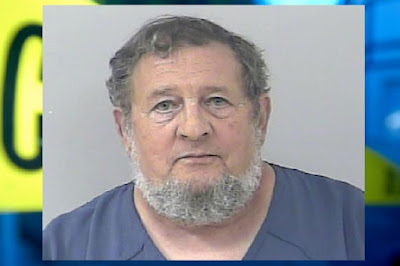 A Florida man who volunteers at Planned Parenthood was arrested after he allegedly threatened to kill a pro-life congressman’s children last week.
The accused, Laurence Wayne Key, of Stuart, Florida, allegedly called U.S. Rep. Brian Mast’s office on June 18 and threatened to “find the Congressman’s kids and kill them,” the Washington Free Beacon reports.
“If you’re going to separate kids at the border, I’m going to kill his kids. Don’t try to find me because you won’t,” Key allegedly told Mast’s intern over the phone.
Authorities arrested Key and charged him with communication of a threat to kidnap or injure a person, WPTV reports. The FBI is continuing its investigation.
Key denied making the threat in an interview with the FBI, saying he told the intern Mast should be separated from his children if he supports President Donald Trump’s immigration policies, according to the local news. However, Key did admit “to saying something about Congressman Mast never seeing his kids again,” according to the federal complaint.
Mast’s intern told the FBI that he is sure Key used the word “kill” in reference to Mast’s children.
A friend of Key’s told the local news that Key is politically active, and has volunteered “many hours” at the Planned Parenthood abortion chain and the Democratic Party of Martin County.
According to the complaint, Key has called Mast’s office 478 times in the past; he also contacted U.S. Sens. Marco Rubio and Bill Nelson on Monday.
Mast, a pro-life Republican from Florida, has three young children all under age 8.
Pro-life lawmakers and their families are facing increasing threats and violence.
During practice for a Congressional baseball game last year, pro-life U.S. Rep. Steve Scalise and two others were shot by a left-wing activist in Virginia.
SIGN THE PETITION! Congress Must De-Fund Planned Parenthood Immediately
Earlier in 2017, a Texas state lawmaker Tony Tinderholt and his family also were put under state protection after he received multiple death threats related to a bill he introduced to ban abortions. A Missouri pro-life lawmaker also received a death threat while he led an investigation into the abortion giant Planned Parenthood in 2015.
These threats and violence have not been limited to high profile pro-life leaders. Volunteer sidewalk counselors, students and other grassroots pro-life advocates also have been targeted.
In two separate incidents in 2017, men allegedly threatened to kill pro-life advocates outside abortion facilities in California and Florida. And violent threats against a California pro-life leader prompted him to cancel a pro-life rally.
Then, in December, a 15-year-old girl was punched in the face and knocked to the ground by an abortion activist outside a Planned Parenthood abortion facility in Roanoke, Virginia. The assault was captured on video.
In late October, pro-life advocates in Dallas, Texas called a bomb squad after they found a suspicious package near their 40 Days for Life site. WFAA News 8 reports the Dallas Police Department later determined that the suspicious package was a hoax, quite possibly meant to scare pro-life advocates who peacefully pray outside a nearby abortion clinic.
Students for Life has documented more than 40 incidents of vandalism alone in the past five years against its pro-life students groups. An interactive map displays the places where its clubs have been victims of vandalism.
Posted by Jovan-Marya Weismiller, T.O.Carm. at 21:04