A Sister Speaks: ‘Cor Orans is the Death-Knell of Carmel’

Part and parcel with Francis' recent attacks on Tradition and the contemplative life. Under the first part of my ongoing analysis of “Cor orans,” a commenter wrote: “When the enemy wants to take a soul, he tries to make it give up prayer.”
What, then, when the Enemy wants to take the Church?
The Vatican presents a choice: the world, or Christ.
“The Prologue [of the Rule of St. Benedict] set this choice before us, the world or Our Lord, as mutually exclusive alternatives; we cannot remain neutral, but must belong wholly to the one or wholly to the other.”
Dom Paul Delatte, OSB, Abbot of Solesmes
Today I received an email from a monastery of cloistered Carmelite nuns about the new document from the Vatican’s Congregation for Religious. They’re helping me examine this document, having kindly volunteered to serve as consultants, to help me understand it from an inside position. These, I might add, are not what we would consider a “traditionalist” community. They have only the Novus Ordo Mass and use the new rite Divine Office in their native vernacular language. For obvious reasons I can’t identify them, even to say what country they are in.
Writing to me in English, by way of introductory comments in their longer analysis of the document that will be forthcoming, Sister T, fully professed and a senior member of the monastery’s council, said, “The Cor Orans document is the death-knell of Carmel. It signals the end of the contemplative monastic life. Not only does it destroy the autonomy of the Monasteries, something Our Holy Mother St. Teresa was extremely insistent about, but it also removes the Superior, dissolves her authority and power, removes the financial independence of each Monastery, and destroys the specificity of each charism.
“This is a disaster. Especially for Carmel.” 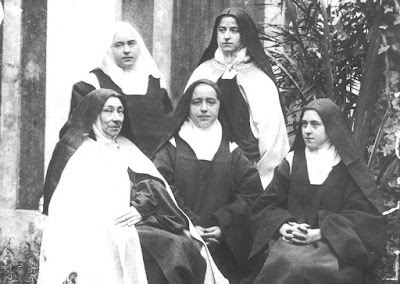