The idiocy of the left-wing, 'politically correct' SJWs! Be sure to note that Harvard already has a mixed-voice choir. Thus this action is not an attempt at righting a perceived wrong. It is a deliberate assault on tradition! 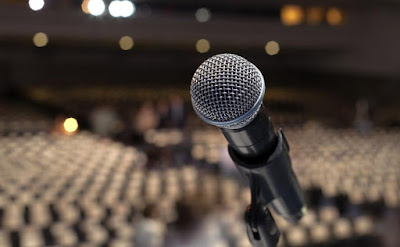 CAMBRIDGE, Massachusetts, May 25, 2018 (LifeSiteNews) -- Harvard University is forcing two century-old choirs to accept members of the opposite sex, despite the campus already having a mixed singing group, in the name of political correctness.
The all-male Harvard Glee Club and all-female Radcliffe Choral Society, founded in 1858 and 1899, respectively, have “chosen” to both become co-ed, Breitbart reported. The decision follows a move by Dean Rakesh Khurana to punish students who join single-sex clubs by denying them leadership positions with sports teams or campus organizations,and even recommendations for fellowships and scholarships.
“The discriminatory membership policies of these organizations have led to the perpetuation of spaces that are rife with power imbalances,” Khurana claimed at the time. “The most entrenched of these spaces send an unambiguous message that they are the exclusive preserves of men.”
However, differences between men and women have always been intrinsic to the art of singing, with the different sexes having unique voices and being naturally inclined to different vocal ranges. Scores are written with these differences in mind, and various combinations -- such as the men’s choir, women’s choir, or the school’s preexisting, mixed-sex Collegium Musicum -- are what produce such a rich diversity of music.
“I think for a while we felt that our organization should stay all male because of the nature of the music that we perform,” Glee Club president Connor Horton told the Harvard Crimson student newspaper, though he expressed hope that the change would not have a significant impact on the group’s music or culture. The Radcliffe Society made the decision to change last month.
Breitbart’s Joel Pollack does not share Horton’s optimism, however. “It is not clear how the Glee Club and the Choral Society will offer musical repertoires that differ from the mixed Collegium Musicum, once they no longer maintain their traditional single-sex membership,” he said.
Rather than adopting rules for rare, as-needed exceptions, he continued, “Harvard and its choirs have effectively thrown the baby out with the bathwater, setting aside centuries of art for the sake of political correctness.”
Over the past several years, Harvard has fully embraced transgender ideology and the campaign against gender distinctions. Last year, its LGBTQ Student Life office published a student guide declaring that an individual’s gender can “change from day to day,” which is scientifically false, yet the guide claims that “misgendering” a sexually-confused individual constitutes “systemic violence.”
In March, the university went so far as to suspend the student group Harvard College Faith and Action (HCFA) for removing a lesbian student leader, setting the precedent that campus organizations who disagree with the administration’s sexual ideology have no right to select leaders that share the group’s values.
Posted by Jovan-Marya Weismiller, T.O.Carm. at 16:21