I had not realised that Ireland had already descended into vile perversion and the service of Satan by becoming the first nation on earth to introduce the evil of 'same sex marriage' by a vote of the people! 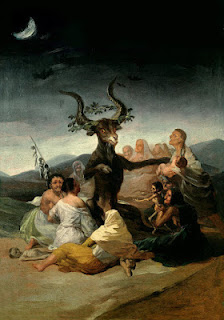 Almost exactly three years ago, in May 2015, following the "same-sex marriage" referendum in Ireland, Roberto de Mattei made his "post-mortem examination" of the formerly Catholic powerhouse.
On this sad Saturday, as vote tallies confirm that an overwhelming majority of Irish voters chose to remove the 8th amendment of the Irish Constitution, we take a moment to revisit his piece.
What did the 8th amendment say exactly? These words:

Beautiful, noble, sound, correct, Catholic: all that Ireland has ceased to be.


In his masterpiece “The Soul of the Apostolate”, Dom Jean-Baptiste Chautard (1858-1935), Trappist Abbot of Sept-Fons, expressed this maxim: “A holy priest coincides with a fervent populace; a fervent priest - a pious populace; a pius priest - an honest populace; an honest priest - an impious populace” (Italian version, Rome 1967, p. 64). If it is true that there is always a degree less in the spiritual life between the clergy and the Catholic people, after the vote in Dublin on May 22, we should add: “An impious priest coincides with an apostate populace.”