Earlier today, my Good friend, Mr Theodore Harvey of Theodore's Royalty & Monarchy Site,   Royal World and Monarchy Forum, tweeted his wish that HI&RH Archduke Ferdinand Zvonimir von Habsburg, an auto racing driver, was using his racing career as a facade to build a secret army to put his Father, HI&RH Archduke Karl, the rightful Emperor of Austria and Apostolic King of Hungary, on his Thrones. 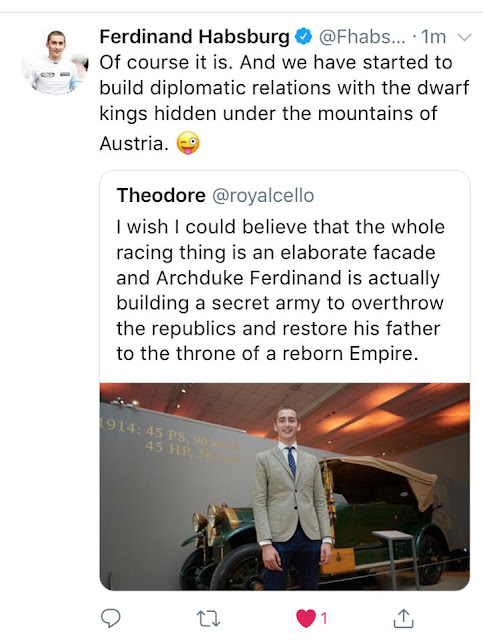 As you can see, the Archduke saw Mr Harvey's tweet, and answered it. I'm not sure who the dwarf kings under the mountains of Austria are, but I hope they will assist in the Restoration.

Immediately after Archduke Ferdinand replied, one of his cousins also replied. Archduke Eduard is the Hungarian Ambassador to the Holy See and to the Sovereign Military Order of Malta. I wish Mr Harvey had discovered their 'zecret maszter plan'! I would volunteer to help. Of course, Archduke Ferdinand's grandfather, HI&RH Otto, was Godfather to my youngest daughter, so I owe them service. 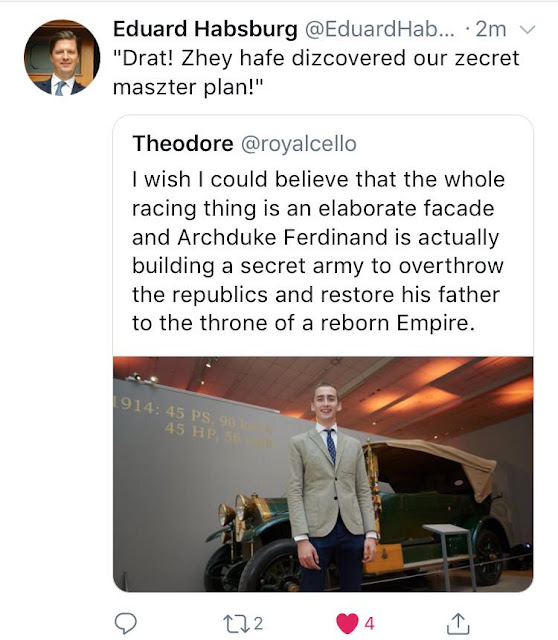