Vox Cantoris: Capuchin Friar Thomas Weinandy states many clerics "fear" recriminations from the Church and immediately is proved correct by the USCCB! 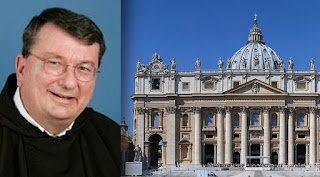 In an unmerciful act, void of dialogue and encounter and administered in a most rigid manner by self-absorbed, Promethean, neo-Pelagians, Father Thomas Weinandy, O.F.M.Cap., was promptly sacked from the United States Conference of Catholic Bishops.
Having written (as in the post below) that...

"Many bishops are silent because they desire to be loyal to you, and so they do not express – at least publicly; privately is another matter – the concerns that your pontificate raises.  Many fear that if they speak their mind, they will be marginalized or worse."

Wait, "or worse?" You mean, like "someone rid me of that meddlesome priest?" Hmmm, And then there were two, Dubia Cardinals....

Given that Friar Weinandy stated that...

"...faithful Catholics can only be disconcerted by your choice of some bishops, men who seem not merely open to those who hold views counter to Christian belief but who support and even defend them."

...one can well imagine that Cupich, McElroy, Farrell and Tobin must have been on DiNardo like flies on dung after that one. I guess the truth hurts, eh boys?

On this matter, this was Tweeted out by Hilary White at 5:23 EDT today.


This cheap and vulgar ritual humiliation exemplifies the extent to which PF is presiding over a bully-boy Church in which midget bishops and minicardinals compete to defeat each other in the sycophancy stakes. Just as Tom Weinandy has, in effect, just said.

I would ask Friar Weinandy to "keep up the good writing!"

Below is the text of DiNardo's cowardly ironic act. 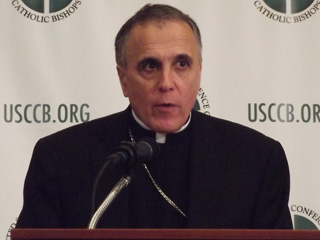 It is such a joy to see these men squirm like worms on a hook. Their end is coming fast.

“The departure today of Fr. Thomas Weinandy, O.F.M., Cap., as a consultant to the Committee on Doctrine and the publication of his letter to Pope Francis gives us an opportunity to reflect on the nature of dialogue within the Church.  Throughout the history of the Church, ministers, theologians and the laity all have debated and have held personal opinions on a variety of theological and pastoral issues. In more recent times, these debates have made their way into the popular press. That is to be expected and is often good.  However, these reports are often expressed in terms of opposition, as political – conservative vs. liberal, left vs. right, pre-Vatican II vs Vatican II.  These distinctions are not always very helpful.

Christian charity needs to be exercised by all involved. In saying this, we all must acknowledge that legitimate differences exist, and that it is the work of the Church, the entire body of Christ, to work towards an ever-growing understanding of God’s truth

As Bishops, we recognize the need for honest and humble discussions around theological and pastoral issues. We must always keep in mind St. Ignatius of Loyola’s “presupposition” to his Spiritual Exercises: “…that it should be presumed that every good Christian ought to be more eager to put a good interpretation on a neighbor’s statement than to condemn it.” This presupposition should be afforded all the more to the teaching of Our Holy Father.

The United States Conference of Catholic Bishops is a collegial body of bishops working towards that goal. As Pastors and Teachers of the Faith, therefore, let me assert that we always stand in strong unity with and loyalty to the Holy Father, Pope Francis, who “is the perpetual and visible source and foundation of the unity both of the bishops and of the whole company of the faithful” (LG, no. 23).”