Poland to phase out Sunday shopping by 2020

Poland, the Land of Our Lady of Częstochowa,  Queen and Protector of Poland, has once again stood up to Western consumerist society! May Poland's Queen pray for Her people that they may be confirmed in their Catholicism! 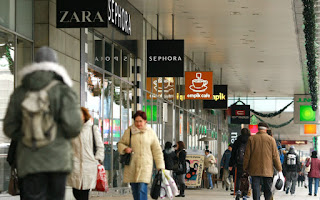 The government and trade unions want workers to spend more time with their families
Polish MPs have approved a bill that will phase out Sunday shopping by 2020.
Initially proposed by trade unions, the idea received the support of the ruling conservative Law and Justice Party, who want to allow workers to spend more time with their families.
The Sejm, the lower house of Poland’s parliament, passed the bill by 254 to 156 to restrict Sunday shopping to the first and last Sunday of the month until the end of 2018, only on the last Sunday in the month in 2019, and to ban it totally starting in 2020. It will still be permitted, however, on the Sundays before major holidays such as Christmas. Some bakeries and online shops will also be exempt.
The bill will now pass to the Senate, and then to President Andzrej Duda for approval.
In a statement, the Polish bishops’ conference said the bill did not go far enough, and that everyone should be free from work on Sundays.