A Bit of Humour

A friend posted this on Facebook with the remark, 'I've always wondered how it got its name'. 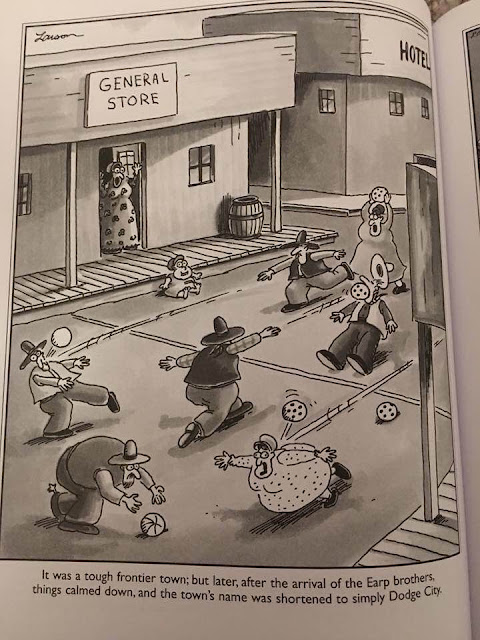 Actually, the way it really got its name is even funnier! It was named for Fort Dodge, which was named for General Grenville M. Dodge, Union Army, who lived in Council Bluffs, Iowa after the War of the Northern Invasion. He wrote in his autobiography about the naming of the fort, 'Fort Dodge was named after me, not as an honor, by a command that I sent out there in the winter, after it was too late to furnish them lumber or anything for an encampment and they had to make dug-outs in the Bluffs for the purpose of wintering and the Colonel in command of the detachment wrote me that they were so mad at being sent there in the winter with so little accommodations that they had named the place Camp Dodge.'
His house in Council Bluffs is now a museum which I have visited, a typical 19th century mansion.
Posted by Jovan-Marya Weismiller, T.O.Carm. at 12:25

Email ThisBlogThis!Share to TwitterShare to FacebookShare to Pinterest
Labels: Humour