The Amorphous "Roman Rite" and the Authentic Roman Rite

A keen analysis of why the Novus Ordo 'Roman Rite' has virtually nothing to do with the authentic Roman Rite celebrated by the Church for over 1500 years. 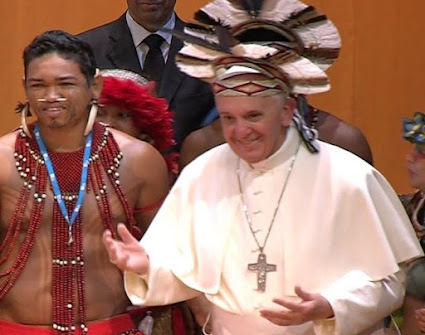 As the balance of power in the Church stands, those who wish to hold fast to the Church’s traditions of doctrine and liturgy have little opportunity to offer institutional resistance to the assault of the modernists and apostates. Francis and his spies can revoke limited tolerations such as those hitherto granted to old-rite communities with the stroke of a pen at any time. These adversaries can block access to churches and chapels and dissolve communities—as long, of course, as local authorities support them in this endeavor.
On the other hand: as far as the measures of Roman headquarters and of local bishops are recognizably aimed at the destruction of the apostolic tradition, the destroyers have no claim to receive obedience—Bishop Huonder has just made that quite clear again in a sermon. In the future, traditional groups in formation will think twice before seeking official ecclesiastical recognition. More than before, they will rely on having their own property for living and for worship—even where they have been tolerated by “good” bishops, because a bishop who has become disliked in Rome for being too close to tradition can be replaced tomorrow.
In his Monday Vatican of July 4, Andrea Gagliarducci reported the observation that Pope Francis is all the more willing to deal with ecclesiastical groups in a halfway civilized manner, the further these groups are removed from his immediate sphere of influence.[*] There is something to be learned from this—even without withdrawing recognition from the holder of the Roman episcopal chair or questioning his office and mission in principle. If Francis does attempt to completely displace the authentic Roman rite from the Church of Rome, and if one or more successors should follow him in this, the question will arise sooner rather than later for all who know that this rite cannot and must not be abandoned, as to how they are to accomplish the maintenance of an independent “rite church,” even if this should bring great difficulties, distress of conscience, and the slander of being “schismatics.” The recognition of such a church of the rite of Pope St. Gregory by the pope of Rome will then follow someday. Perhaps a future Gregory XVII is already a seminarian of a faithful community.
Michael Charlier
July 5, 2022(source)

[*] Thus he has dealt more benevolently with the SSPX and the Orthodox than with “uniate traditionalists,” with the partial exception of the FSSP.