Pope Presides Over Zairean Rite "Marked by Drum Music, Dancing, Shouts of Jubilation" — And the Traditional Latin Mass Is To Be Abolished?

This travesty of 'inculturation' is fine, but the Gregorian Rite must be destroyed? Give me a break!

In this video from July 3, 2022, we can see Pope Francis presiding over a Zairean (Congolese) rite in St. Peter's Basilica:
It's worth watching at various points to get a feel for what it's like: the Gloria... the Gospel... the Offering... Isn't all this a contradiction of TC and DD? Or are we now to believe that the Novus Ordo and the Zairean Rite are identical? What was that about "the Novus Ordo is the unique lex orandi of the Catholic Church"?
Perhaps Pope Francis and the cardinals who support him define it as follows: there is the Novus Ordo as a nebulous "idea" that nebulously fulfills a nebulous "Vatican II" -- and then there are different realizations or instantiations of it, of which the Zairean Rite is just one.
"The Zairean Rite of Mass, officially actually 'Roman Rite of Mass for the Dioceses of Zaire,' was promulgated by Pope John Paul II in 1988. It is a form of the Roman Rite that is heavily infused with African traditions. Thus, there is a large opening section in which the saints and the ancestors are invoked. Also, the role of the lector is modeled after that of a crier in the village" (source). "The Mass, attended by about 2,000 people, was marked by loud drum music, much dancing and shouts of jubilation" (source). 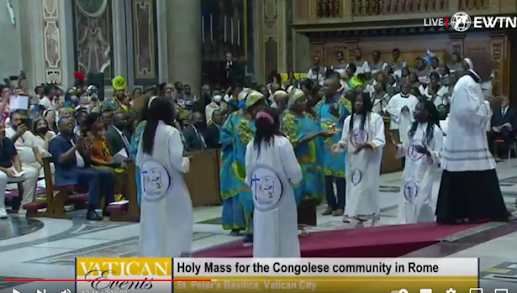 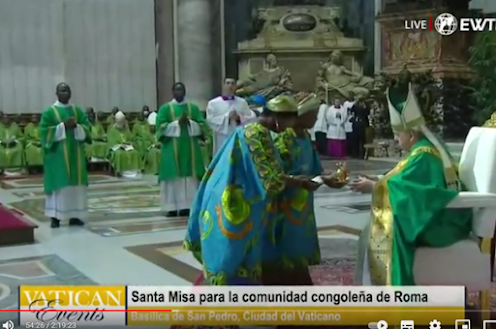 One must wonder where the similarities still lie between this Zairean rite celebrated yesterday in St. Peter's Basilica, and, for example:
a service of "Maria 2.0" in the Frankfurt Cathedral: 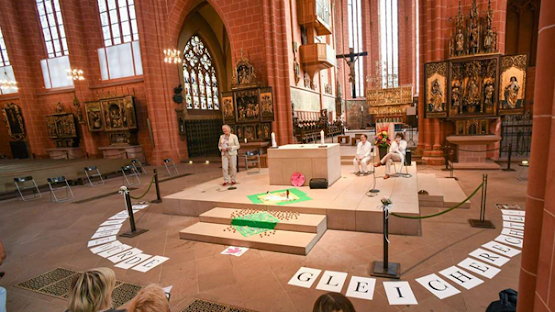 ... a youth service in Stuttgart: 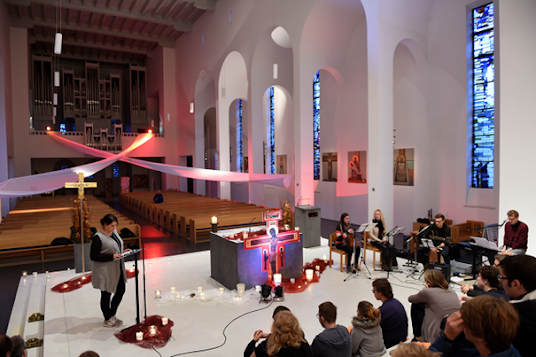 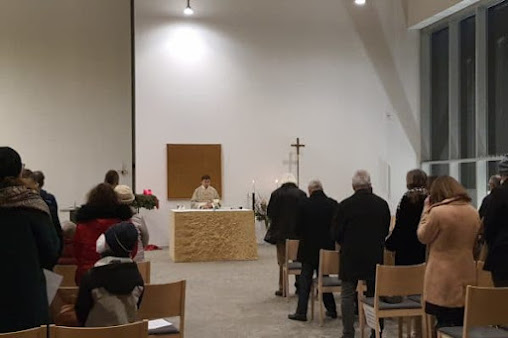 If all this somehow means "unity" -- why should Almighty God then not be able to be worshipped and adored in a form that enjoyed continuous use in the Church for over a thousand years and was mandatory until 1965?
How would Pope Francis and his advisors know that the Novus Ordo together with its arbitrary implementations is the "unique lex orandi" that is pleasing to God? Why would the form handed down over centuries no longer be pleasing to God?
Faithful Catholics are neither blind nor stupid. The contradictions are so obvious by now that the progressives are merely shooting themselves in the foot, and everywhere else, the more they speak and act.
(My thanks to Monika Rheinschmitt of Pro Missa Tridentina for the photos and much of the foregoing text, published with her permission. SEE ALSO Fr. Zuhlsdorf, "African Zairian Rite celebrated in St. Peter’s Basilica – UPATED: Meanwhile, Down Under….")
Posted by Jovan-Marya Weismiller, T.O.Carm. at 15:33