An Important Day For Me

Today is the 77th anniversary of my parents' marriage. Dad (Perry Weismiller) was born 11 February 1910 in Marysville, KS, Mum (Doreen Louise Oxley) on 27 December 1923 in Horndean, Hants. They met when Dad was stationed as a PFC in Hq&Hq Sqdn, 8th USAAF, in High Wycombe, Bucks, and Mum was working in a war plant near there.

They were married in All Saints' Church, Catherington, Hants, on 7 July 1945. I was almost a second-anniversary present!

Here is the Church in which they were married as it looks today. 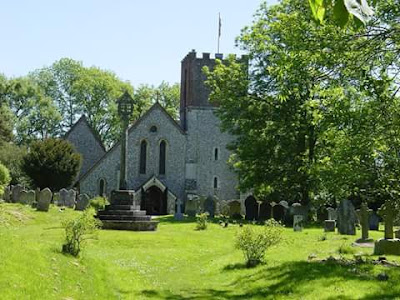 And here is their wedding picture, taken in front of the church door. Immediately to the left of the bride is my Gran, Olive Elsie Victoria Brown Oxley, and to her left is my Auntie, Hazel Oxley Sluggett. The flower girl in front of Auntie Hazel is my cousin, Doreen Sluggett Kizer. To the extreme right of my Dad is my Uncle, Albert Henry Oxley. I have no idea who the rest of the people are, tho' I'm sure Mum told me when I was a lad. 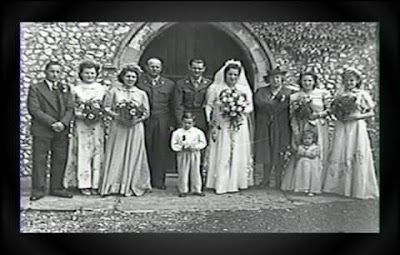 Please pray for the repose of their souls. Rest in peace, Mum and Dad, you are gone, but never forgotten.