Carmelite Monastery of Jesus, Mary and Joseph in Valparaiso (Diocese of Lincoln)

I've not been there yet, tho' it's only 50 miles from Wilber. 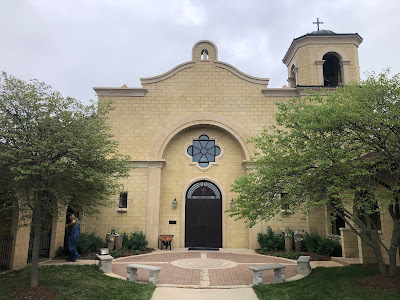 The beautiful Carmel in Valparaiso, Nebraska was built in 2001 by JVC Architects of Las Vegas, Nevada.  For images of the incredible project, see here.  The charming architecture is California Mission Revival style, a revivalism and reinterpretation which draws its inspiration from the late 18th and early 19th century Spanish missions in California. 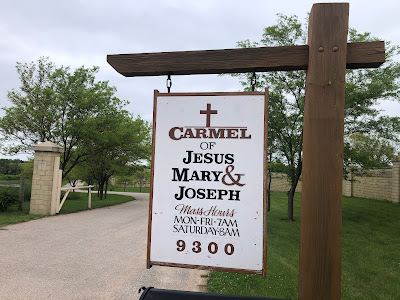 The rural site is located in a remote farming community in the Diocese of Lincoln, a perfect location for a cloistered community.  This Carmel traces its roots back to a sixteenth century convent in Spain founded by St. Teresa of Avila.  Two daughter monasteries were later established in Mexico.  In 1927, pioneer nuns came from Mexico to establish a new Carmel in California.  This led to another monastery founded in Las Vegas, Nevada, that was later transferred to the Diocese of Lincoln in Nebraska.

The chapel and property were blessed and dedicated on December 14, 2001.  Nearby is located the FSSP English-speaking Seminary of Our Lady of Guadalupe in Denton, Nebraska.  Carved on the black marble cornerstone is a quote from Acts 4:11-12: "This is the stone which has become the head of the corner.  And there is salvation in no one else, for there is no other name under heaven given among men by which we must be saved." 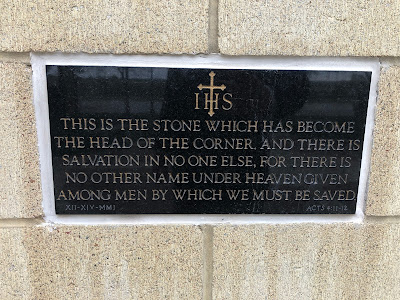 The nuns who live here devote their lives to prayer and strive to live a hidden life with Christ.  The chapel is open from 6:00 am until 6:00 pm.  Daily Mass is Monday through Friday at 7:00 am; Saturday 8:00 am.  Mass is celebrated by a chaplain in residence, who has an apartment attached to the property in front of the church.  The sisters are blessed to have such a fine chaplain, a monsignor who is a distinguished canonist and the Vicar General of the Diocese. 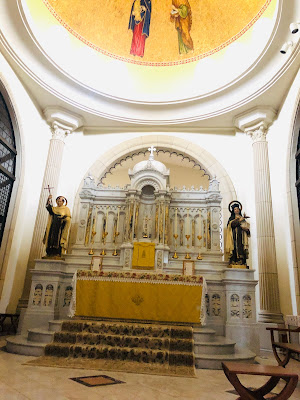 The beautiful altar made of Carrara marble is from Italy, a precious antique that was originally installed in a nearby hospital chapel, St. Joseph's Hospital in nearby Omaha, Nebraska.  The entire altar was dismantled in the 1980's and was miraculously preserved and ended up here, repurposed for the sisters' new chapel.  It was the gift of the Peed family and was reconstructed like a puzzle, a challenging feat, by Fr. Charles Van Vilet, FSSP and his helpers. 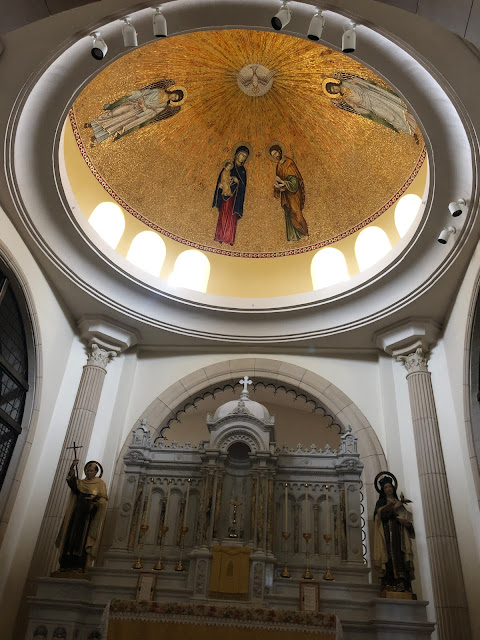 The dome is decorated in a thirteenth century iconographic style of Italian mosaics that has a narrative quality influenced by the Byzantine tradition.  This is reminiscent of the time before the split between East and West.  The sisters attend Holy Mass and chant the Office in the chapel behind a cloistered grill in the side of the sanctuary wall.  The sound of cloistered nuns singing is one of the most sublime of liturgical experiences that every Catholic should experience. 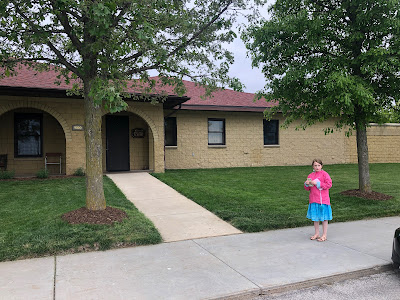 There is a website for those who may wish, with updated times for services open to the public.  Visitors can enter a part of the monastery that is open to the public - this room is known as the "turn room" vestibule.  There they can speak to the sisters through a "turn" by ringing a bell between 9:00 am - 10:30 am and after riposo from 3:00 pm - 4:30 pm.  At other hours, visitors are welcome to leave prayer intentions and messages, and deliveries in the turn. 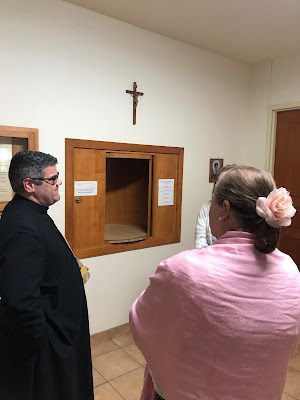 Visitors are also welcome to visit for Sung Sunday Vespers at 4:30 pm.  There is also a Holy Hour with Benediction of the Blessed Sacrament on First Fridays at 5:30 pm.  Every year after the nearby FSSP priestly ordinations, newly ordained priests take turns offering "First Masses" here as a way of thanking the good sisters for their prayers and spiritual support. 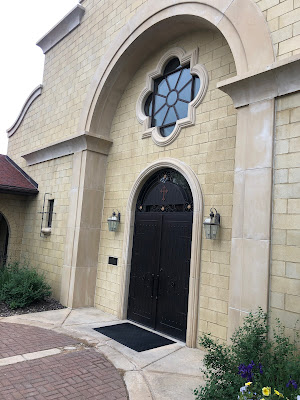 The joy of visiting here is a marvelous experience.  I hope every young girl discerning can visit here.  This is holy ground and a privileged convent where the Sacraments are offered exclusively in the Extraordinary Form of the Roman Rite.  Young ladies discerning a possible call to life in Carmel are encouraged to write the Rev. Mother:
Carmel of Jesus, Mary and Joseph
9300 West Agnew Rd.
Valparaiso, NE 68065