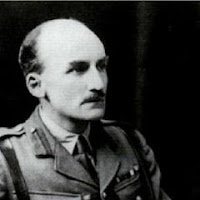 'The influence of the spirit of nationality, that is of democracy, on war was profound… [it] emotionalized war and, consequently, brutalized it…. National armies fight nations, royal armies fight their like, the first obey a mob — always demented, the second a king, generally sane.… All this developed out of the French Revolution, which also gave to the world conscription — herd warfare, and the herd coupling with finance and commerce has begotten new realms of war. For when once the whole nation fights, then is the whole national credit available for the purpose of war.'