Word of the Day: Ecclesia Sanctæ 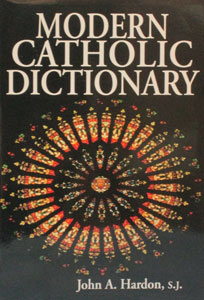 ECCLESIAE SANCTAE. An apostolic letter issued motu proprio by Pope Paul VI, giving the norms by which four decrees of the Second Vatican Council are to be implemented, namely Christus Dominus (Pastoral Office of Bishops), Presbyterorum Ordinis (Ministry and Life of Priests), Perfectae Caritatis (Renewal and Adaptation of Religious Life), and Ad Gentes Divinitus (Missionary Activity of the Church). This document is the single most important postconciliar declaration of the Holy See to understand the Church's mind on the four areas of the episcopacy, priesthood, religious life, and the missions (August 6, 1966).