An Edifying Message in the Aftermath of Traditionis Custodes and the Other Orders From Rome on December 18th 2021:

Some helpful thoughts on the ongoing attacks by Rome on the Tradition of the Church.

I received the following reflection from a religious who wishes to remain anonymous.  It was penned after scripture reading, prayer and meditation – it is meant to lift up our hearts during this period of great adversity when Holy Mother Church is being beaten on all sides – both externally and internally.       F.R.

‘Be on your guard; stand firm in the faith; be courageous, be strong

With regard to the December 18th document from Rome clamping down even more on the Latin Mass and Sacraments:

Priests and Institutes which follow the Latin Mass are not to abandon it no matter how much they may have to suffer from Rome. And these Priests and Institutes must in no way appease or capitulate to Rome by participating in or celebrating Novus Ordo rites. The ‘image’ I have is of Balaam's Donkey. The Latin Mass Priests, Religious and Faithful ought to comport themselves like this stalwart animal: they are to resist the beatings from Rome. We are the mild little donkey that takes the beatings in order to preserve Rome from the destruction of the Angel's sword.

We will receive a special grace to do this and thus a particular obligation to do so. Not to do so, that is, to capitulate to Rome and compromise with the Novus Ordo –will result in severe punishment. By punishment is meant: what happens to someone who leaves the place to which he was called by the Lord. The punishment might be like that of the parable of the talents: like that of the servant who did not use wisely the talent entrusted him. The punishment of the Prophet that disobeyed God (1 Kings 13, 11-29) also comes to mind.

The Priests and religious in question are only those who were ordained in the Old Rite or entered Orders in the Old Rite. These are the ones whom God has called apart. Most surely He intends for them to keep their Priesthood (and religious life) immaculate and incorrupt in the Old Rite! Let them sanctify themselves by graciously embracing every sacrifice and trial; and showing most warm and sincere charity with all.  Our prayers must be for the Pope, and all Prelates, Priests, Religious and for the entire Church. 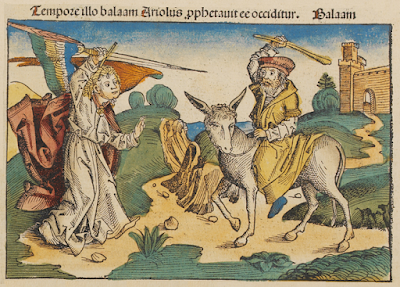 It was the donkey alone that saw the terrible Angel with the sword, while Balaam the great Prophet did not! And so he beat the donkey to make it carry on along the road. The donkey saved the Prophet's life. We need to be the donkey: mild and humble but resolute and immoveable. The donkey carried the Prophet and we carry the Pope and the whole Church.

The whole Church is protected by the Pleasing Sacrifice of the Most Holy Mass of the Ages and by the Most Sacred and unadulterated Sacraments, and devotions and holy functions and prayers, etc.  It is enough to respond to Rome's evil orders with: "Alas, we cannot do what you order".  If Rome threatens excommunication or anything else, Priests are to let it come upon them and wash over them. Let them be still! It will not harm them, neither will it alter the validity of their Masses or other Sacraments. Priests should continue celebrating the Holy Mass---even to celebrate more, however often per day they are allowed to do so by law! By these things they will carry the Church to safety, even while the Church is beating them--and everybody else in the Latin Mass camp.

The main thing to remember is that we must be the donkey!   Mild and  humble Priests will be of great service to the Church to get us through this ordeal.

Let Priests (and everyone!) imitate St. Joseph: his mildness and his quiet way of doing even very urgent and grave things. This is very important. And if imitating St. Joseph seems difficult, let us then take the faithful little donkey of Balaam as our model. All of us can imitate a donkey at least!

A FURTHER  SCRIPTURE READING WHICH WAS ANOTHER  SOURCE OF INSPIRATION FOR THE ABOVE REFLECTION. 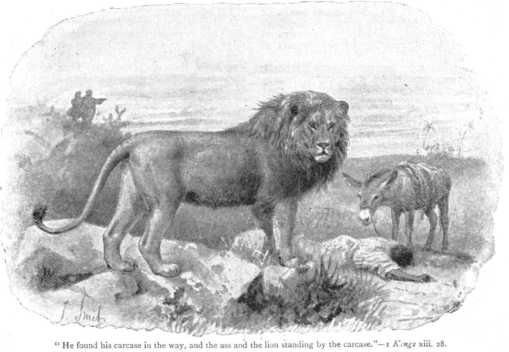 8 But the man of God answered the king, “Even if you were to give me half your possessions, I would not go with you, nor would I eat bread or drink water here. 9 For I was commanded by the word of the Lord: ‘You must not eat bread or drink water or return by the way you came.’” 10 So he took another road and did not return by the way he had come to Bethel.

11 Now there was a certain old prophet living in Bethel, whose sons came and told him all that the man of God had done there that day. They also told their father what he had said to the king. 12 Their father asked them, “Which way did he go?” And his sons showed him which road the man of God from Judah had taken. 13 So he said to his sons, “Saddle the donkey for me.” And when they had saddled the donkey for him, he mounted it 14 and rode after the man of God. He found him sitting under an oak tree and asked, “Are you the man of God who came from Judah?”“I am,” he replied.15 So the prophet said to him, “Come home with me and eat.”16 The man of God said, “I cannot turn back and go with you, nor can I eat bread or drink water with you in this place. 17 I have been told by the word of the Lord: ‘You must not eat bread or drink water there or return by the way you came.’”18 The old prophet answered, “I too am a prophet, as you are. And an angel said to me by the word of the Lord: ‘Bring him back with you to your house so that he may eat bread and drink water.’” (But he was lying to him.) 19 So the man of God returned with him and ate and drank in his house.20 While they were sitting at the table, the word of the Lord came to the old prophet who had brought him back. 21 He cried out to the man of God who had come from Judah, “This is what the Lord says: ‘You have defied the word of the Lord and have not kept the command the Lord your God gave you. 22 You came back and ate bread and drank water in the place where he told you not to eat or drink. Therefore your body will not be buried in the tomb of your ancestors.’”

23 When the man of God had finished eating and drinking, the prophet who had brought him back saddled his donkey for him. 24 As he went on his way, a lion met him on the road and killed him, and his body was left lying on the road, with both the donkey and the lion standing beside it. 25 Some people who passed by saw the body lying there, with the lion standing beside the body, and they went and reported it in the city where the old prophet lived.