MM analyses the abdication of Albert II, King of the Belgians and the accession of the Duke of Brabant to the throne. 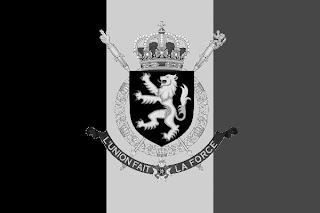 The big royal news this week definitely came out of Brussels. This week His Majesty Albert II, King of the Belgians announced that he will be abdicating on July 21, the Belgian national holiday, handing leadership over to his son Prince Philippe, Duke of Brabant. This move surprised some people while others had been predicting it for some time. King Albert II has reigned over Belgium for almost twenty years since his accession in 1993 following the death of his elder brother King Baudouin. In his address to the nation the King cited his age and health as reasons for the abdication, saying, in effect, that he was no longer up to the job and that the time had come to pass the torch to a new generation, adding that Prince Philippe was well prepared to be monarch. Those predicting an abdication pointed to the great strain the King has been under due to the feuding language communities in Belgium and the recent trouble, worse than ever, in forming a government. Belgium actually broke the record (previously held by war-torn Iraq) for going the longest without a government in power. More recently, some have pointed to the tiresome legal problems raised by Delphine Boel as prompting the King to step down. That may have been the last straw but it is a private matter and no one outside the Royal Family can know for sure. What is common knowledge is that the King has been pushed to the limit by the political situation in Belgium and has had to deal with a considerable amount of slander and personal attacks against himself and his family in the media -usually by those who want to see the Kingdom of Belgium erased from the map. 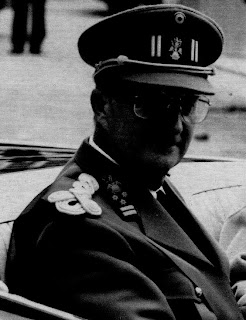 Even with all of that though, the news still took some people by surprise. When others predicted such a move, they could not point to established tradition. Unlike The Netherlands, there has been no tradition of royals giving it up and going into retirement when they reach a certain age. Some media outlets have erroneously reported that this is the first abdication in Belgian history which, I am sure, most monarchists at least know is not true. King Leopold III abdicated in 1950 but he was, until now, the only Belgian monarch to abdicate and that was under some rather unique (and unfair) circumstances. King Leopold I did offer to abdicate once but his people did not wish it. He, as well as King Leopold II, King Albert I and King Baudouin all reigned until their deaths. Traditionally, the situation in Belgium is rather like that in the United Kingdom; abdications have happened but only rarely and under difficult circumstances. So, in that regard, the abdication of King Albert II is something surprising and out of the ordinary. Although, it does seem that 2013 will go down in recent royal history as the year of abdications with Pope Benedict XVI, the Queen of The Netherlands, the Emir of Qatar and now the King of the Belgians all stepping down before being called to their just reward. There has also been considerable chatter about other monarchs abdicating, including ones no one would have ever imagined doing such a thing before, from the King of Spain to the Emperor of Japan. It is increasingly beginning to look like monarchy is no longer a lifetime commitment these days. 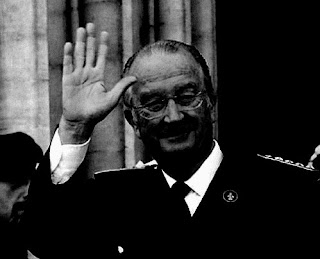 As it stands now, the last European monarch to succeed to the throne the ‘old fashioned way’ is Prince Albert II of Monaco who became Sovereign Prince upon the death of his father, Rainier III, in 2005. Most regular readers will know that I find this trend rather distressing and it is certainly not because of any lack of enthusiasm on my part for the royal heirs of the world. On the contrary, the Duke of Brabant is the one I have always named as my favorite royal heir and in some cases the heir to the throne has a better reputation than the reigning monarch. However, I prefer the old idea of the position of monarch being a lifetime commitment and I fear (perhaps unreasonably) that with abdications becoming more common, people might be inclined to start viewing the position of monarch as being just another job. Of course, I am all too aware that with great age comes increasing infirmity and physical problems, however, none of the monarchs who have abdicated this year seemed to be in noticeably bad shape to me. Pope Benedict certainly had the most grounds but even he was in pretty good shape when compared to his predecessor, Pope John Paul II, who reigned to the very end. I have certainly seen no indications myself that King Albert II is unduly limited by the deterioration of aging. 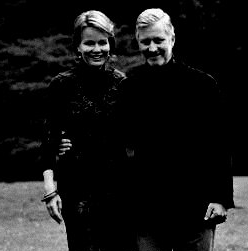 In any event, Prince Philippe will soon be the new King of the Belgians and I would be hard pressed to name a modern royal figure for whom I have greater respect for than the Duke of Brabant. I do hope he takes the name ‘King Leopold IV’ rather than ‘King Philippe I’ but, alas, I doubt it. I am sure he will be told that the name “Leopold” has negative connotations these days but that is unfair and unfortunate. Particularly the last one, King Leopold III, has been the victim of some of the most gross injustices and slander of any royal figure in recent history. He was a fine, upstanding, God-fearing man who does not deserve to be spoken of with anything less than pride and admiration. Similarly, whatever he shall be called, it remains to be seen if Prince Philippe will be given a fair chance. As we have talked about before, the Duke of Brabant has also been subject to many unfair efforts to lower his standing in the eyes of the public with all sorts of slander and cruel jokes being made about him despite the fact that he has done nothing at all to deserve it. In fact, he has often been ridiculed specifically for being such an upstanding man. I pray he will be given a fair chance and that the public will rally to support him. If he is given that support I have no doubt he will be one of the great monarchs of Belgian history. He certainly has the character for it.

The “job” of being King of the Belgians is not an easy one but, for the sake of the kingdom and the cause of monarchy in general, I hope all goes smoothly during this transition. King Albert II has given many years of good service, has had to deal with problems more frustrating than almost any other national leader in the world, and I doubt anyone else could have done better. May he have a happy retirement and of course we wish all the best to Prince Philippe, soon to be King of the Belgians, I hope his reign will be a long and happy one.