On of Francis' 'close advisers' and obviously one of his favourite toadies in promoting heresy. Note his tweet, 'In theology 2 + 2 can equal 5. Because it has to do with God and the real life of people…'. In other words, there is no objective Truth. Of course, Francis has made it clear that he agrees. 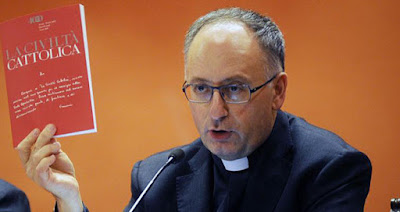