The Battle of Covadonga

Monument in memory of Pelagius at Covadonga,
site of his famous victory.

The Battle of Covadonga was the first victory by Christian military forces in Iberia since the Islamic conquest of Hispania began in 711–718. It was fought at Covadonga, most likely in the summer of 722. The battle followed the creation in 718 of an independent Christian principality in the mountains of the northwestern region of the Iberian peninsula that grew into the Kingdom of Asturias and became a bastion of Christian resistance to the expansion of Muslim rule. As a result, the Battle of Covadonga has been credited by historians with catalyzing the Reconquista or the "reconquest" of Christian rule to the entire peninsula.

Here is a picture of the, the Holy Cave of Covadonga, from whence King Pelagius of the Asturias, Don Pelayo, began the Reconquista. 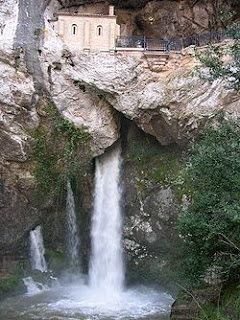 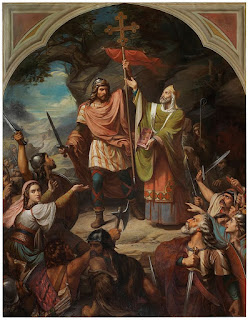 And here is his tomb, in the Pantéon Real de Covadonga, in the Holy Cave. 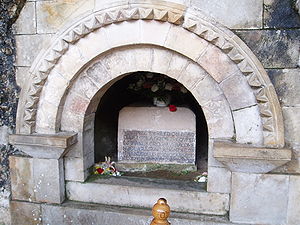 And, finally, here is a video about the battle. It took 770 years from Covadonga in AD 722 until the fall of the last Moorish Kingdom, Granada, under the the Catholic Monarchs, Ferdinand of Aragon and Isabella of Castile, in AD 1492.


Let us never forget King Pelagius and his valiant men, who ultimately saved the Spains for Christendom!


We will remember them! Lest we forget!