It's a Wonderful Life

Eccles envisions Frank Capra's It's a Wonderful Life as being about Francis!

One of the most popular Christmas films ever is "It's a wonderful life" telling the story of George Bailoglio, of Buenos Aires Falls. After a long and complicated life he becomes Pope, but things go badly for him, and he is criticised on all sides. Should he end it all? 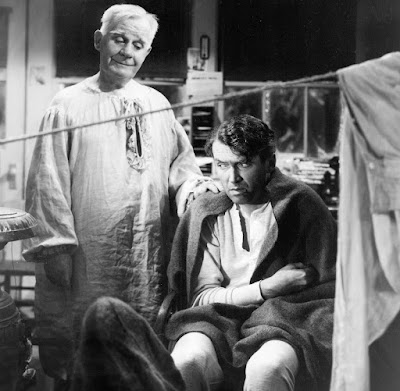 His guardian angel persuades George to look back at all the lives he has affected, and to see how things would have turned out if he had not come to Popersville.

There's James Martin SJ, no longer an influential LGBT activist and part-time priest, but in a much lowlier job, acting and dancing.

There's Matthew Festing, no longer in retirement and relaxing over a glass of port, but the powerful Prince and Grandmaster of the Sovereign Order of Malta, forced to fight endless battles with Al Boeslager, the condom king. 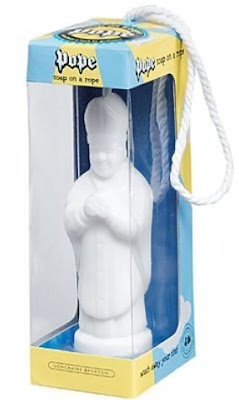 No, don't hang yourself!

There's Austen Ivereigh, no longer a famous writer of toadying biographies and self-styled expert on the papacy, but simply a failed journalist sleeping in a cardboard box.
There are cardinals Cupich, Tobin, Farrell, Wuerl, Kasper, Marx, Coccopalmerio, Sch... (all right, thirty other names omitted), all demoted to the rank of acting subdeacon responsible for the boiler, on account of their heresies.
There's Professor Massimo Faggioli, no longer a highly-revered academic whose lectures attract sometimes more than three students, but simply a gelato salesman who harangues passers-by with his latest theories. 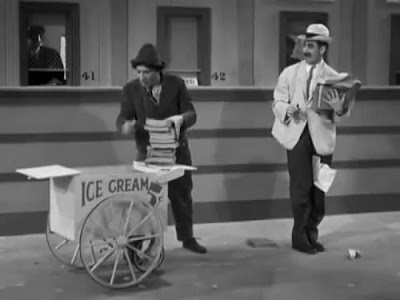 There's Henry Sire, no longer the multi-millionaire author of The Dictator Pope, soon to be a major movie starring Tom Hanks, but the unread author of The Pretty Good Pope Really, the story of Cardinal Sarah's pontificate.

Anyway, in the end George Bailoglio realises what a great influence has had on people's lives, and decides not to end it all. "If Benedict can live into his 90s then so can I!" 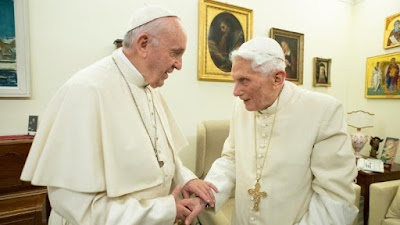 A happy ending for everyone.
Posted by Jovan-Marya Weismiller, T.O.Carm. at 14:44