Did Jesus Come to Save Reindeer?

Since it is Christmas, we asked some of our favourite Catholics to tell us which Christmas carols they would be singing at Mass this year. Of course, we got many of the old spiritually-nourishing favourites: Cardinal Napier would be singing "Jingle Bells" and "Oh what fun it is to ride with Pope Francis all the way," since the Holy Father was so much like Jesus; Massimo Faggioli went for "We wish you a merry Christmas," having confessed that he had a weakness for figgy pudding as well as gelato; Austen Ivereigh admitted that he always felt a thrill of excitement when he heard "Santa Claus is coming to town;" and so on.

It was Fr James Martin LGBTSJ who gave us a fuller explanation of the meaning of Christmas. 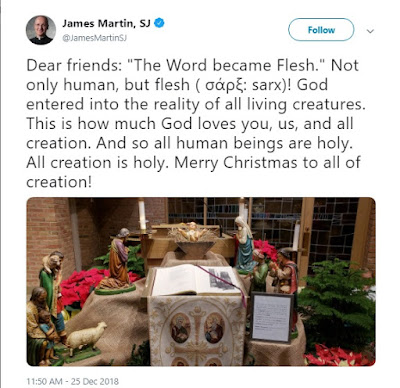 "My favourite Christmas carol is 'Rudolph, the red-nosed reindeer," Fr James explained. "Rudolph suffers homophobic abuse from the reindeer pack, simply because he has a very shiny - no doubt rainbow-patterned - nose. They refuse to build bridges to him, and they won't admit that, whatever his alternative lifestyle may be (perhaps there's a Francesco Reindeer lodging in his stable?) it's all perfectly all right with God. 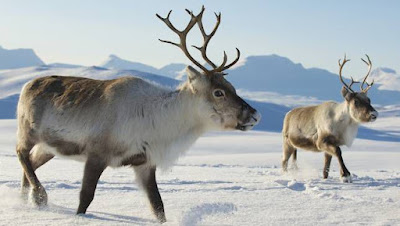 "Are you saved, brother?"

But Fr James went further, interpreting St John's "The Word Became Flesh" as indicating that God loves all flesh, and Jesus came to save reindeer as well as humans. Who could doubt that at one time He became incarnate as a reindeer? "Moreover," Fr James continued, "because God loves flesh, it is meaningless to talk about sins of the flesh, isn't it?"