REGELE MIHAI I A MURIT!

His Majesty King Michael I of Romania is dead! He was the last surviving Head of State from the 1939-1945 War. Driven from his Throne by the Soviets, he returned to his country after the fall of the Evil Empire, and became a respected elder statesman. There is an active monarchist movement in Romania, and I had hoped, vainly as it turns out, that King Michael would be restored to his rightful place and be allowed to die as a ruling king. 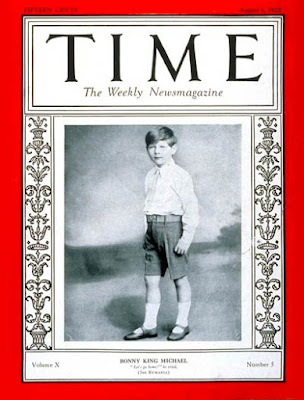 King Michael on the cover of Time
in 1927, when he became King
at the age of five. 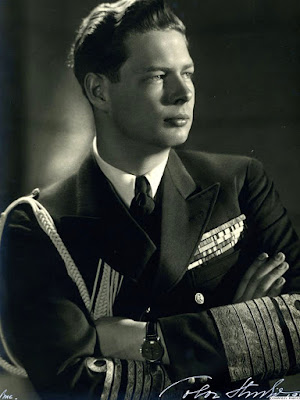 His Majesty as a young man in uniform.


His obituary from the Guardian here. 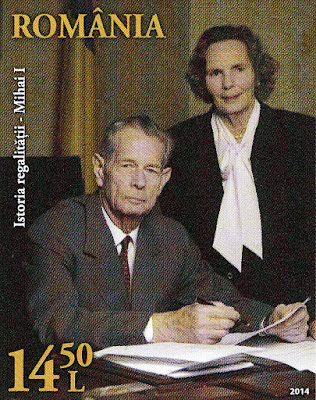 His Majesty, with Queen Anne, on a
Romanian Stamp, when he was in
his nineties.

May flights of angels lead him home and may he rest in peace. Memorie eternă!
Posted by Jovan-Marya Weismiller, T.O.Carm. at 22:05