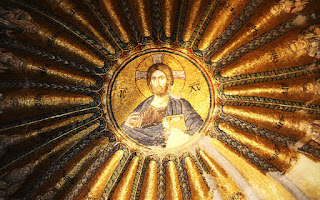 The British government has refused to say whether telling people about the Christian faith could be a hate crime.
Lord Pearson of Rannoch, a UKIP peer, says when he raised a question on the issue on the House of Lords, the government failed to state clearly whether Christians cannot be prosecuted just for stating their beliefs.
“I said to the government ‘Will they confirm unequivocally that a Christian who says that Jesus is the only son of the one true God cannot be arrested for hate crime or any other offence, however much it may offend a Muslim or anyone of any other religion?'”
In response to the question, government whip Baroness Vere of Norbiton said: “My Lords, I am not going to comment on that last question from the noble Lord.” She added that the legal definition of “hate crime” has been the same for the past 10 years.


Speaking to Premier Christian Radio, Lord Pearson said the refusal to comment was “pretty unique” and “makes one very worried”.
He said the current definition of “hate crime”, which relies on whether the victim feels offended, was “stupid” and called for the law to be clarified.
“Certainly the stricter Muslims do feel offended by Christianity and our belief in Jesus being the only Son of the one true God,” he added.
He also said there is a double standard in how hate crime laws are applied to Christianity and Islam.
“You can say what you like about the Virgin Birth, the miracles and the Resurrection of Jesus Christ, but as soon as you say ‘come on, is Islam really the religion of peace that it claims to be’, all hell breaks loose.”
A Home Office spokesman told Premier Christianity: “All forms of hate crime are completely unacceptable and those who commit these awful crimes should be met with the full force of the law. Our Hate Crime Action Plan is improving the response of law enforcement and criminal justice system to these horrendous attacks, including ensuring more victims have the confidence to come forward and report such incidents.”
Last year, feminist and gay rights groups reported two senior Spanish clerics for “hate crime” after they gave homilies that criticised gender theory.
Cardinal Antonio Cañizares and Archbishop Francisco Javier Martínez both faced charges, however they were quickly dropped after prosecutors found insufficient evidence they had broken the law.
Posted by Jovan-Marya Weismiller, T.O.Carm. at 20:34