I am a Christian. I worship One God in Three Divine Persons. One of those Persons, the Second, became Man. To a devout, believing Jew or Muslim, my belief is blasphemy, because, to them, God cannot become Man, so I am worshipping a false god. There is no doubt in their minds that we do not worship the same God.

Unfortunately, the 'Spirit of Vatican II' bollocks says we do worship the same God, and many gullible Catholics, totally lacking in the logical faculty, believe the swill the Council dished out! 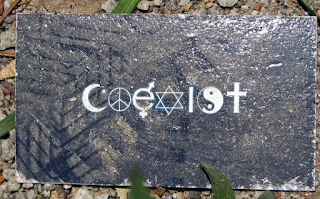 Mosques and temples might all witness to a longing for the transcendent, but that is where the similarity ends

William Sieghart, publisher and poetry promoter, has hit on the charming if slightly eccentric idea of compiling an anthology of poetry for therapeutic purposes. The Poetry Pharmacy, subtitled “Tried-and-true prescriptions for the heart, mind and soul”, offers poetic remedies for various states of mind: mental and emotional wellbeing, motivations, self-image and self-acceptance, the world and other people, and finally love and loss. It makes for some fun and luminous readings. The list includes poems, such as Kipling’s bracing If (prescribed when needing moral guidance); Elizabeth Jennings’ lovely Into the Hour (useful for maturing grief); and Follower, Seamus Heaney’s lament for the changed role of an ageing parent.
No-one doubts that poetry fulfils a deep human need, articulating what we seek to voice in times of heightened emotion and providing the words that we would have used if we had the creative resources to do so. Nonetheless, despite John Keats telling us in his own oft-repeated lines that “Beauty is truth”, this is not always true – though it is very easy to be lulled by the music and magic of words into believing it.
I am thinking here of a poem in Sieghart’s book by the 14th century Persian poet, Hafez. Entitled, “I am in love with every church” it is brief and lyrical:
“I am in love with every church/and mosque/and temple/and any kind of shrine/because I know it is there/that people say the different names/of the One God.”
Sieghart has prescribed this poem for the condition of “living with difference”, adding that it is “suitable for isolation, mistrust of others [and] prejudice.” He comments further that “We all want …to feel happy, safe and loved; and most of all, to be able to see ourselves as good people: to be able to live with ourselves.” He sees the poem as an “opportunity to learn more about our shared humanity” and not a cause “for fear and mistrust”, concluding that “As Hafez suggests in this poem, the way in which we choose to achieve something may finally be of no great consequence so long as we all end up in what, taking the longer view, turns out to be much the same place.”
Much as I would like to agree with what Sieghart writes, and much as I want to embrace this venerable Persian poet (very different from the worldly and fatalistic Omar Khayyam), I can’t do so. Although it is a human instinct to yearn for the infinite, we do not all worship the same God. Christian churches, Muslim mosques and Buddhist and Hindu temples (Hafez doesn’t mention synagogues) might all witness to a longing for the transcendent, but that is where the similarity ends. Christian revelation tells us that God is Trinitarian and that other ways of defining him are imperfect and flawed. Further, we believe that God became incarnate in the Person of Christ and that not to know Christ is a loss greater than we can possibly imagine.
That is why Christianity, unlike other faiths, is a missionary faith. The Gospel is the Good News and meant for all mankind. To say this is not to be “prejudiced” against other faiths but to recognise that we have the “pearl of great price” and they don’t. All of this probably sounds offensive and intolerant to kindly liberal thinkers such as Sieghart but there is no way to avoid saying it.
Actually, I rather think Hafez was engaging in a typical poetical effusion, that mystical sense of universal human brotherhood. It is Sieghart’s 21st century gloss on Hafez’s inspiration, the implication that to be “good people” means never saying anything that might make others uncomfortable, that pulls me up short.
Posted by Jovan-Marya Weismiller, T.O.Carm. at 14:23