My Oath to the Queen 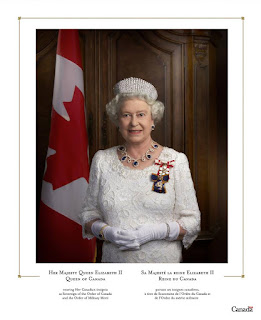 The Official Canadian Portrait of
Her Majesty Elizabeth II, Queen of
Canada

I had actually sworn Allegiance to her earlier, when I joined the Royal Canadian Legion, but it was not in the Stautory form. The Oaths of Allegiance Act says;


2 (1) Every person who, either of his own accord or in compliance with any lawful requirement made of the person, or in obedience to the directions of any Act or law in force in Canada, except the Constitution Act, 1867 and the Citizenship Act, desires to take an oath of allegiance shall have administered and take the oath in the following form, and no other:

I, Jovan Weismiller, do solemnly swear that I will be faithful and bear true allegiance to Her Majesty Queen Elizabeth the Second, Queen of Canada, Her Heirs and Successors according to law, forever. So help me God.

So, after realising that the RCL Oath did not meet the Statutory requirements, I went to my MLA who was a Commissioner of Oaths, and swore it in the proper, Statutory form.
Posted by Jovan-Marya Weismiller, T.O.Carm. at 00:35