Back to the Land

A Modern Catholic Worker take on the Back to the Land Movement, inspired by Distributism. 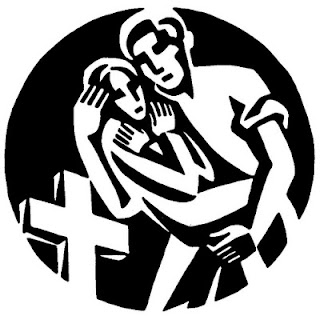 The origins of Distributism and the ‘Back to the Land’ movement, are from Pope Leo XIII’s encyclical in 1891, Rerum Novarum. Pope Leo XIII advocated for the land to be shared among the different classes of people, in order to bring about equality. Furthermore, by working on the land the people will appreciate it more as they see the result of their labour which has given them their food.

The idea was taken up and developed by English Catholic Writers such as G.K. Chesterton, Hilaire Belloc and Fr Vincent McNabb OP during the 1920’s and 30’s, as an alternative to both capitalism and communism, neither of which adequately satisfied the needs of ordinary people. These writers saw capitalism as enslaving the individual and communism as tyranny. Belloc, referring to communism, said ”the remedy is worse than the disease.”

In his book, “The Outline of Sanity”, Chesterton advocates going back to being farmers by living on the land and using hand tools. He also advocated cottage industries such as weaving, blacksmithing and carpentry – occupations that facilitate craftwork and traditional skills as opposed to the repetitive, unskilled piecework which goes on in industrialised factories. Gandhi had similar ideas for developing India’s villages because he believed that industrialisation and urban life were not good for people.

The ideas of the Back to the Land Movement and Distributism were taken up in a practical way by Peter Maurin and Dorothy Day and the Catholic Worker Movement in America during the 1940’s. As well as helping the poor via soup kitchens, Catholic Workers started some small scale farming, but not on the large scale that Chesterton, Belloc and McNabb had visualised it. Both Peter Maurin and Fr McNabb liked farming and it was this that triggered off their passion for Distributism.

The ideas of Distributism and the Back to the Land Movement were discussed at a recent London Catholic Worker meeting. Although well received, the main concerns were over practicality. Some of the questions raised were: “How will it work? Land costs a lot of money” and “We are called to witness in the city where we are.”

The Green Revolution
Christians are called to bring about the Kingdom of God by being practical. Our Lord Jesus said that we must shelter the homeless, feed the hungry and clothe the naked. Traditionally, these have been done in the form of charity. Mother Theresa’s work in Calcutta is a good example of this. However, it is recognised that traditional ways of helping others can make people dependent. As an alternative, the ideas of Back to the Land Movement and Distributism are dynamic and comprehensive, in that they offer the possibilities of independence and of learning how to provide for ourselves. Other modern issues such as ecology and the environment are also related to what Peter Maurin called ’The Green Revolution’.

Appropriate Technology
The Back to the Land Movement/Distributism is a credible, practical, alternative to globalisation as high tech industrialisation, particularly among western nations, which uses so much of the world’s resources and are its biggest polluter. Industrialisation also reduces individuals to becoming, “a cog in a machine”. Films such as the Terminator and the Matrix show us a possible future in which we are going to be controlled by mechanical gadgets, machines and faceless authorities who do not value our humanness and view human beings as dispensable items, whom they would rather do without. Adolph Huxley’s book “Brave New World” is a another good example of this. More recent writers such as Ivan Illich also warn of this danger.

This list could be much longer. Our Lord Jesus told us that we are light in this world. That means we have to take the lead in guiding those who are in darkness. It is said of the early Christians, that they turned the world upside down. (Acts 17v6). We all have to find our way of bringing about the Kingdom of God. Our Lord told us that the Kingdom of God will be taken by force and forceful people will lay hold of it. (Matthew 11v12).

The ideas of Back to the Land Movement/Distributism are an alternative to capitalism and communism. It does not claim to be a perfect solution, but it is there to be tried. Peter Maurin quotes Chesterton as saying, “The Christian ideal has not been tried and found wanting. It has been found difficult and left untried”. Then Maurin explains, “Christianity has not been tried because people thought it was impractical. And humans have tried everything except Christianity. And everything that humans have tried has failed.” Back to the Land Distributism is an idea worth trying.
London Catholic Worker
Posted by Jovan-Marya Weismiller, T.O.Carm. at 12:00

Email ThisBlogThis!Share to TwitterShare to FacebookShare to Pinterest
Labels: Distributism