The Manifesto Of The King

Originally published in the Catholic, magazine of the Congregation of the Sons of the Most Holy Redeemer (Transalpine Redemptorists). 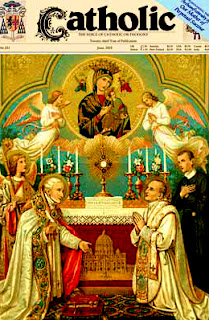