Is the Synod Building a Big Tent — or a House on Sand?

Since it's part of Francis's plan to destroy the Church it's DESIGNED to be a house on sand and 'unmoor itself from Christ and his Church'!

EDITORIAL: By failing to ground the ‘diversity of opinions’ it presents in a foundation of sound doctrine, the process risks unmooring itself from Christ and his Church. 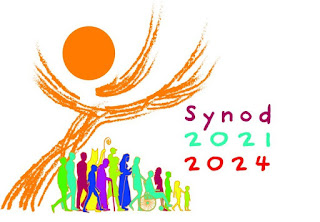 The Synod on Synodality has released a “working document” for the continental stage of the multiyear Church process. For the theme of the document, a synthesis of the texts produced at the regional stage, the synod organizers chose an image taken from the book of the prophet Isaiah: “Enlarge the space of your tent.”

The text goes on to interpret this verse as a guide for the Church “on its synodal journey.” Like the cloth of Isaiah’s tent, the Church is called “to stretch out … but also to move” as it journeys with the People of God. The pegs that ensure the tent’s hold, the fundamentals of faith, do not change, but “can be moved and planted in ever new ground, so that the tent can accompany the people as they walk through history.” Finally, like the ropes of a tent, the structures of the Church must be adjusted to prevent sagging, balancing “the different forces and tensions” within.

“Enlarging the tent requires welcoming others into it, making room for diversity,” reads the working document.

Interpreting Isaiah’s tent as an image of the Church is nothing new. After all, the passage is embedded in a larger prophetic text that speaks of God’s restoration and expansion of Israel to all the nations, which he does, of course, through Jesus Christ and the establishment of his Church, the New Israel.

But in many ways, what the Synod on Synodality is proposing for the Church seems less like Isaiah’s expanding tent and more like a different structural image taken from Scripture: the house built on sand.

Like that house, described in the Gospel according to Matthew, the synod’s ecclesiology continues to show signs of being built on a faulty foundation. Because although the synod’s working document references the “fundamentals of faith,” it exhibits little clear understanding of what those fundamentals are and how they should guide the ongoing discernment of how the Church can become more authentically synodal.

This is clear in the document’s presentation of the various “tensions” that have emerged in the diocesan and regional stages. For instance, the document speaks of a great “diversity of opinion” that “was expressed on the subject of priestly ordination for women, which some reports call for, while others consider a closed issue.” No additional guidance — such as the fact that St. John Paul II taught definitively in Ordinatio Sacerdotalis that the Church “has no authority whatsoever to confer priestly ordination on women,” a teaching that Pope Francis has made clear is final — is provided.

It is as if settled Church teaching is irrelevant to or superseded by the synodal process and its bald-faced assertion of the sensus fidei (sense of the faith), wherever it might lead.

Of course, such a process of discerning and determining Church teaching and practice is absurd. It is disconnected from the Tradition of the Church, as interpreted and taught by the Church’s magisterium, the rock on which Christ has built his House. It trades in the “solid ground” spoken of by Jesus for the shifting sands of changing opinion and a worldly spirit.

It is no coincidence that the final image used by the document to convey its concept of “big tent” Catholicism pushes the bishop to the side. While the equal dignity of all the baptized is, of course, paramount to any proper understanding of the Church, when it comes to discerning and teaching what is consistent with Catholic doctrine, you simply cannot get around the fact that the successors of the apostles, in unity with the Pope, play an irreplaceable, central role. To marginalize the episcopacy’s teaching office is to be proposing something quite different than the Church of Jesus Christ.

The desire to expand the Church like Isaiah’s tent is laudable, but, of course, it has already been done. The Church is already for all people — because Christ lived, died and was raised to new life for all. The Church has failed and continues to fail to adequately invite those who are outside into this communion, but the solution is not to trade solid ground for shifting sand. It’s to recommit ourselves to the Church that Christ gave us, trusting that his grace and his life — not our own ideas and plans — will renew the face of the earth.
Posted by Jovan-Marya Weismiller, T.O.Carm. at 19:07